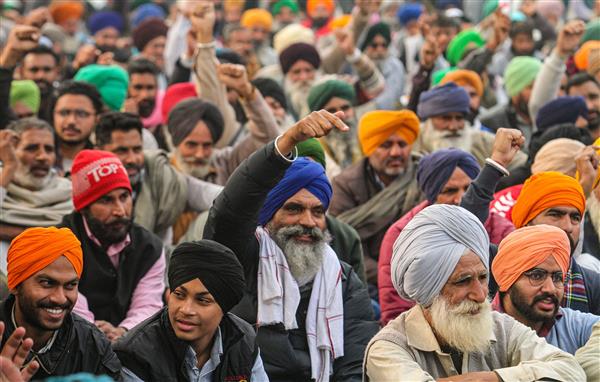 Finally , the Union government has seen reason and agreed to keep the contentious farm laws on hold for a year and a half. This is a moment of triumph for the farmers, who braved one of the worst winters in recent times to sit in the cold amidst a raging pandemic to demand what they believed was just. One of the negotiators from the government’s side — minister Som Parkash — reportedly agreed to the suspension of the laws for two years, but Agriculture Minister Narendra Singh Tomar announced a moratorium for six months less. The farmers can seek a longer period of suspension and engage with the government in an effective dialogue through their own committee to put forth their fears and conditions; but, meanwhile, this is a victory as definitive as it comes and the farmers should savour it in the winter sun on their farms.

The government had taken a maximalist position when it rammed the farm Bills through the Rajya Sabha without a proper division as propriety demanded. Parliamentary democracy has built-in mechanisms to evolve consensus through committees; and laws that impinge on the livelihoods of millions of farmers ought to have been discussed thoroughly in those consultative and standing committees before being rolled out like bulldozers on standing crops. The protests that ensued have taken a huge toll on the people of Punjab, Haryana, Chandigarh and Himachal Pradesh in terms of over 60 lives lost, six farmers committing suicide, disruption of traffic and livelihood; yet, the farmers were remarkably restrained, not letting emotions override the philosophy of non-violence.

The whole nation should salute these farmers for their fortitude, discipline, tenacity and endurance. They taught a few lessons in community living, langar and sewa to the rest of the nation, making this protest unique. Now, they should not repeat the government’s mistake by taking an extreme position. They should return triumphant to their villages. The planned tractor rally should now be a joyous victory parade celebrating the Republic and the farmer-citizens, who send their children to fight and die for the Republic.