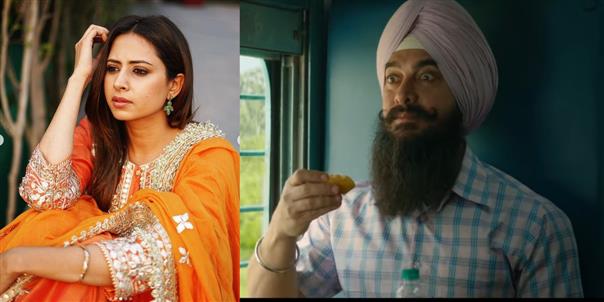 Aamir Khan, who is all set to play a Sikh man in his most-awaited film Laal Singh Chaddha, has received criticism for his Punjabi accent in the film’s trailer. Twitterati thinks ‘it looked artificial’.

Sargun Mehta believes Aamir could have done better. In an interview with India.com, Sargun Mehta said, “If Aamir would have said in pure Punjabi, nobody could have understood. If the superstar next does a Bengali film and uses too much of Bengali words, then we’ll be not able to understand it.”

She added, “Aamir sir is not a Punjabi and he has taken up a role. Actors are supposed to take versatile roles. I can say that he could have done a bit better but jitna bhi unhone kia hain bahot kaam and mehnat lagti hain sirf utna karne mein bhi. (Whatever he has done in the film, it takes a lot to get the results. He has worked really hard).”

Gurnam Bhullar, added to the thought. He said, “Basically, it’s national cinema that will be released pan India. The Hindi films have a mix of Punjabi, Marathi, Tamil, etc. We are the ones who point out these things. So it should not matter.”