Abhilash Thapliyal, who is seen in web series Faadu: A Love Story, believes one should dare to dream : The Tribune India

Abhilash Thapliyal, who is seen in web series Faadu: A Love Story, believes one should dare to dream 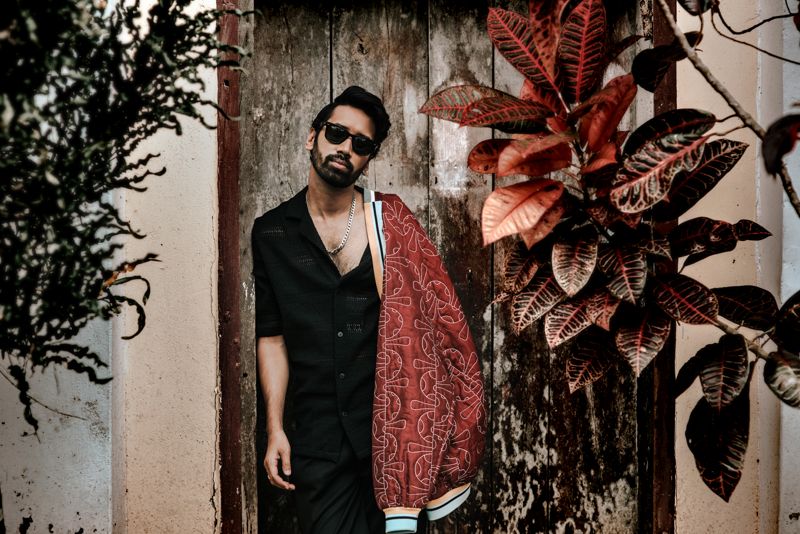 Actor Abhilash Thapliyal, who is a part of Sony Liv’s web series Faadu: A Love Story, directed by Ashwiny Iyer Tiwari, is slowly but steadily making a mark. In the series, Abhilash is seen in a supporting role, Rocksy, elder brother of the lead protagonist, Abhay, essayed by actor Pavail Gulati.

Not much has changed for TVF Aspirants-fame Abhilash, as he still auditions for roles. But at the same time, he is happy for getting to work with many popular directors at the initial stage of his career. Apart from first-time collaboration with Ashwiny Iyer, the actor has a significant role in Ajay Devgn-starrer Maidaan, directed by Amit Sharma, and has also signed an Amazon Original Shehar Lakhot with NH10 director Navdeep Singh.

Just like TVF Aspirants, Faadu is a story about aspirations but tied to love at one end, held strongly by actress Saiyami Kher as Manjari, Abhay’s love interest. For Abhilash, Roxy is poles apart from SK. He shares, “SK (Aspirants) had a positive approach towards life and even though he couldn’t clear the exam, he chose to become a teacher and continue to motivate others. Whereas when Roxy’s life and dreams don’t go as planned, he chooses to leave everything and become an alcoholic.”

The actor is a teetotaller and shares how he blacked out when he tried four shots to act drunk! He says, “For Roxy, I thought of trying method acting and it backfired. I got drunk and my friends had a hearty laugh.”

The whole team had an outdoor schedule in Mumbai for almost 25 days. “It took me one hour daily to get into the look of my character—of someone who wears shabby clothes and reeks of alcohol. Except for the initial two-three days, shooting near garbage and sewage dump didn’t feel any different. People also became friends and thought of us as one among them.”

On casting becoming a blue-tick entry pass, as alleged by many actors, Abhilash adds, “The whole nepotism debate was put forth to make a point that people should be cast purely on their acting talent. It is the same for influencers. Followers don’t guarantee acting skills.” While Abhilash went through some personal struggles—lost his father to cancer, mother suffered a heart attack and sisters had some health issues—he takes on life as it comes.

Abhilash is all praise for the writer, Saumya Joshi, and the script, and hopes there is a sequel. Having started from a lower middle-class background, he says, “Although I am doing fine as an actor, the lower middle class Abhilash in me hasn’t let me quit the radio job I started with. As many as 90 per cent of men from where I come from would not dare to think beyond the nine-to-five job. I am thankful for finding the courage to do something that I was passionate about. Sapne dekhne ki himmat karna is my only message to all the youngsters.”

Some parts of Faadu: A Love Story were shot in St Xavier’s College, Mumbai, and Saiyami Kher got nostalgic since the shoot brought back fond memories from her college days. Saiyami says, “I studied in Xaviers for five years and have so many fond memories associated with the college. Often, we saw film shoots on campus but never knew I would be a part of it one day! I have returned to college for various reasons, but this was the first time I was going to work and it felt so emotional.” TMS