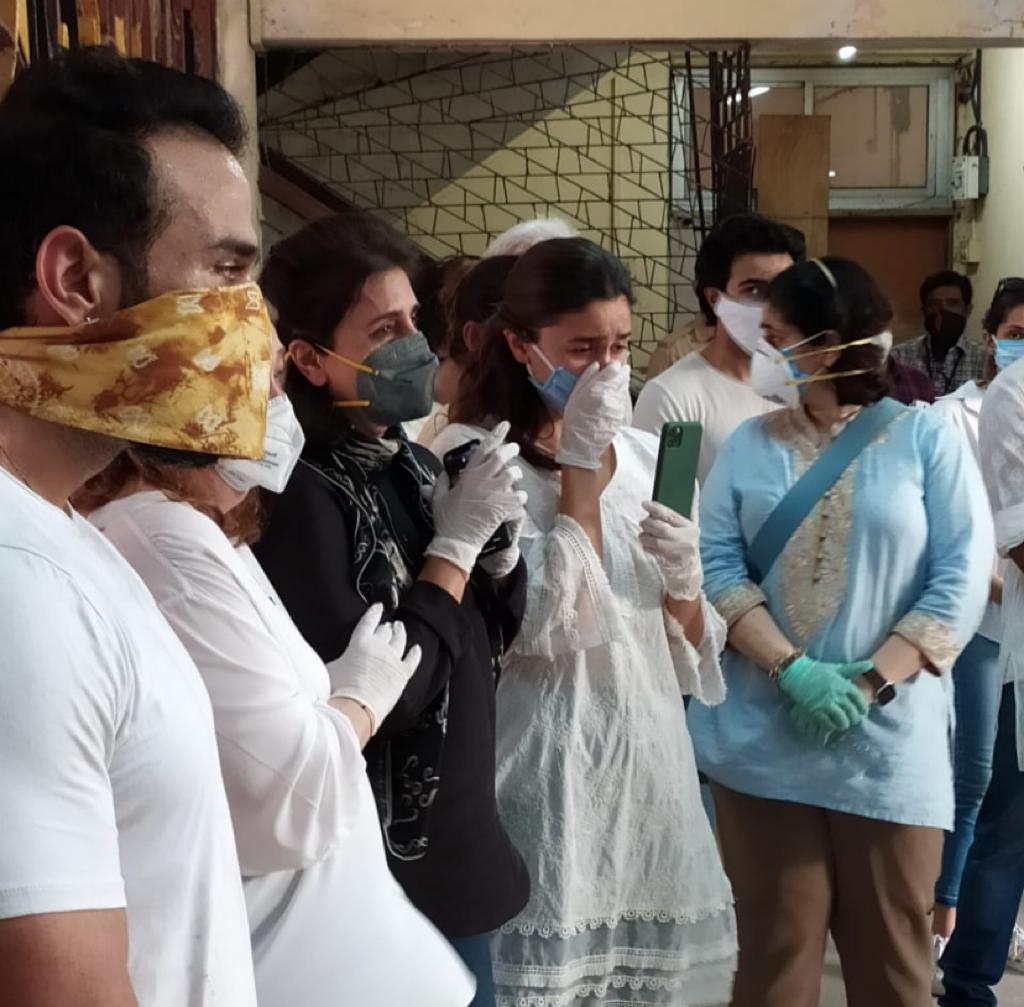 Veteran actor Rishi Kapoor passed away on Thursday after a two-year-long battle with cancer. The final rites were performed the same evening, with his wife Neetu Kapoor and son Ranbir Kapoor.

Ranbir’s girlfriend Alia Bhatt—who stood by Neetu's side during the last rite rituals—was seen holding a phone throughout the ceremony.

Alia was face-timing with Ranbir's sister, Riddhima in Delhi.

However, uninformed netizens brutally criticised Alia was using the phone at the funeral.

Bloody millenials. Can't part with their phones even at a funeral...@aliaa08 🤦🏻‍♂️😑

May your soul rest in peace Rishi Sir🤲🏻🙏🏻✌🏻👫🏻 pic.twitter.com/zQJcpxqLJ1

#RIP to the mentality of people who are TROLLING @aliaa08 even in such times for using mobile phone yesterday. Dammit she was talking to #Ranbir's sister who couldn't reach to father #RishiKapoor's funeral.

Why is Alia Bhatt holding a phone in the middle of a funeral??

Trolling #AliaBhatt wont make you guys a superman you just comment on other's without knowing anything that's disgusting.she was getting trolled for operating a phone on #RishiKapoor funeral but in reality she was on video call with ranbir's sister who couldn't attend the funeral

Slow clap for all the self-righteous idiots who jumped at the chance to troll @aliaa08 for using her phone at Rishi Kapoor's funeral. Didn't know so many of you were standing behind her & could see she was recording a video! Not comforting his daughter who couldn't be there.