Alia Bhatt and Ranbir Kapoor are in Italy for their babymoon 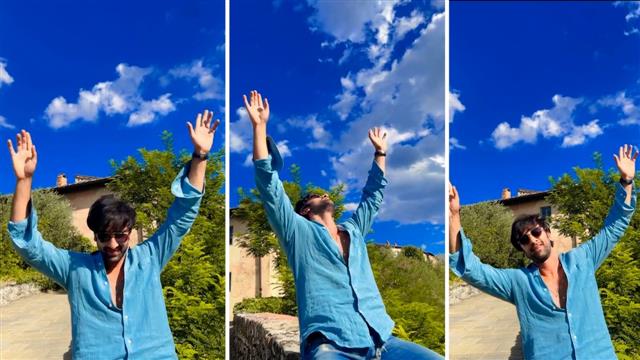 Alia Bhatt and Ranbir Kapoor who are presently in Italy for their babymoon have so far just shared one photo from their trip. Now, Alia delighted their fans with a cute video of her husband Ranbir Kapoor grooving on the song 'Deva Deva' from their upcoming movie 'Brahmastra'.

Taking to her Instagram handle, the 'Raazi' actor treated fans with a cute video.

Sharing the video, she wrote, "the light of my life" along with fire emojis.

In the video, Ranbir was seen seated on a wall with a beautiful backdrop. The 'Sanju' actor was seen wearing an oversized light blue shirt that he teamed up with denim.

He completed his uber-cool look with a pair of sunglasses.

Ranbir was seen grooving to his much-talked song 'Deva Deva', which is the second song from 'Brahmastra' after their hit track 'Kesariya', which features Ranbir and Alia's romantic side.

Sung by Arijit Singh and Jonita Gandhi, composed by Pritam Chakraborty, and penned by Amitabh Bhattacharya, the song encapsulates the magical moment in the film where Shiva, played by Ranbir, finds the power within.