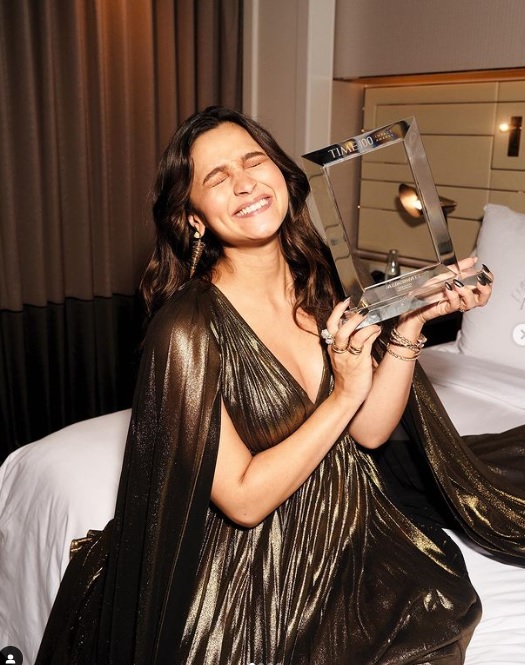 Bollywood star and mum-to-be Alia Bhatt said that her "little one kicked" her "relentlessly" while she was giving an acceptance speech.

Alia was honoured with the Time100 Impact award for her outstanding contribution to cinema. She wore a dusty shimmery cape gown as she accepted the award.

While giving her acceptance speech, Alia mentioned her "little one" and said: "I am immensely proud to be here tonight as a representative of my country. A country that has built both me and my career. India as a country has its core value as diversity above anything else and it's a song I hope to sing all over the world." "Lastly, when it comes to making an impact. I hope I continue to do so in whatever way possible but for now, tonight, this award has genuinely made an impact on me and my little one who has relentlessly kicked me through the speech. Thank you so much, have a good night," she said.

On the acting front, Alia was last seen on screen in Ayan Mukerji's 'Brahmastra Part One: Shiva'. She will next be seen in 'Heart Of Stone' and 'Rocky Aur Rani Ki Prem Kahani' IANS