Earlier, Anurag had said that he used to be very good friends with Kangana, but their relationship soured after 2015 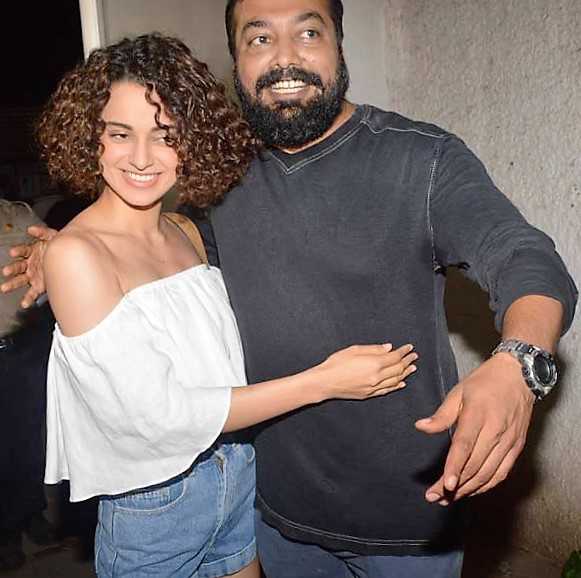 Filmmaker Anurag Kashyap and actress Kangana Ranaut are engaged in an escalating war of words.

The director has sarcastically responded to the actress's tweet about not "bowing down to enemies, and maintain self-respect".

Taking to the microblogging website, Anurag said that Kangana is a true 'Manikarnika', and should be sent to China to fend off incursion.

“Only you can save us, sister -- the one true Manikarnika. Take four or five people with you and fight China. See how far inside our territory they’ve come. Show them that India has nothing to worry about until such time as you’re there to protect us. The LAC is just a day’s journey from your house. Go, our tigress. Jai Hind,” the filmmaker wrote in Hindi.

Also read: Anurag Kashyap claims Ravi Kishan used to smoke weed, talks about his own struggle with hard drugs a decade ago

Kangana in her original tweet had written in Hindi: “I am a warrior. I can allow my head to be severed, but won’t bow it. I will always raise my voice for the honour of my nation. I live with honour, respect, self-respect and will live proudly as a nationalist! I will never compromise with my principles. I will never do it! Jai Hind.”

Kangana, in response to Anurag’s tweet, wrote in Hindi, “Ok I go to the border, you should go to the next Olympics, the country wants gold medals haha. This is not a B-grade film where the artist becomes anything. You’re taking metaphors literally. How have you become so stupid? You were quite clever when we used to be friends.”

Earlier, Anurag had said  in an interview that he used to be very good friends with Kangana, but their relationship soured after 2015.

In a series of tweets in Hindi, Anurag had written: “I saw Kangana’s interview yesterday. She used to be a very good friend of mine at one time. She used to encourage me by coming for my films. But I do not know this new Kangana. And I just saw this scary interview of hers, which is just after the release of Manikarnika. Intoxication of success and vigour seduces everyone equally, whether it is insider or outsider. ‘Learn from me, be like me’, I have never heard this from her before 2015. And since then, it has come to the point that those who are not with me are all mean and sycophantic.”

He continued: “The one who abuses all his directors, who sits in the edit and cuts the roles of all the co-stars. With whom any of her old directors, who used to admire Kangana, shy away from working with her. This power which Kangana feels has earned, to suppress others... By not showing the mirror to that Kangana, you are finishing her by making her sit on your head. I have nothing more to say. What the hell is she doing? She is talking nonsense. All will end here. And since I adored her a lot, I am not able to tolerate this Kangana. Others may speak or remain silent...I’ll speak. @KanganaTeam. It’s enough. And if this is not visible even to your family members and your friends, then the reality is that everyone is using you and today no one is your very own. The rest is your wish, whatever you want to abuse me, keep going.”