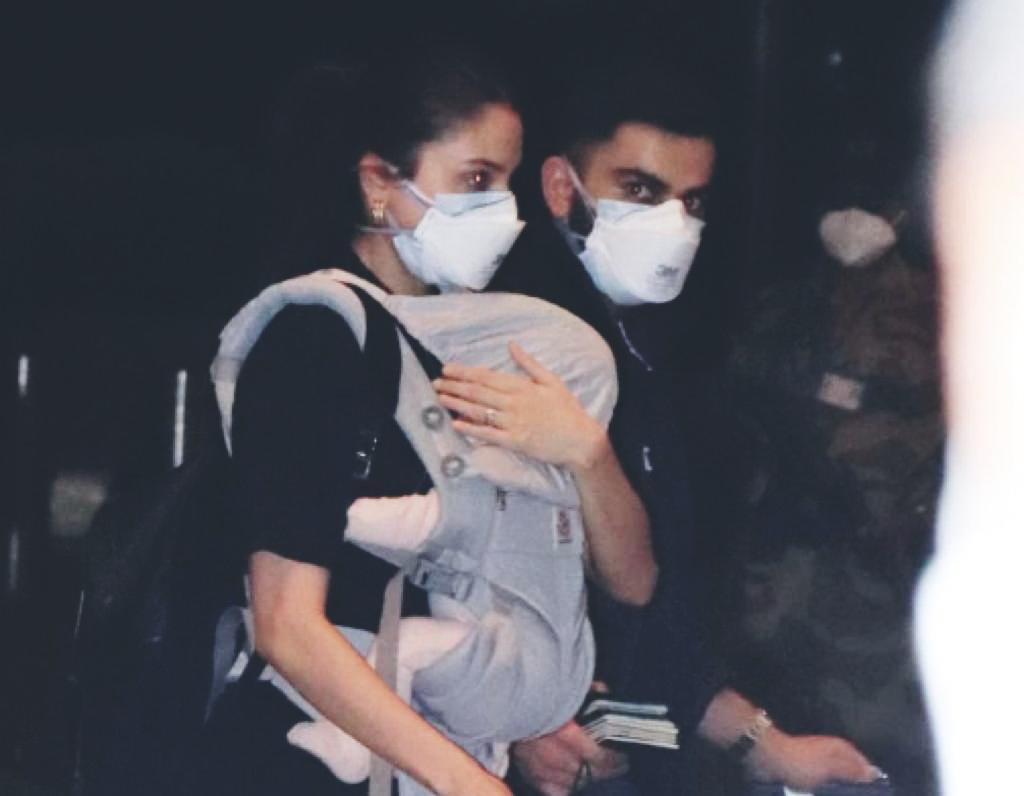 Bollywood actress Anushka Sharma and her husband and Indian cricket captain Virat Kohli were spotted at the Mumbai airport along with their newborn baby girl, Vamika.

The two tied the knot in December 2017, and welcome their first child in January 2021.

After Vamika was born, Anushka and Virat released a statement in which they requested the shutterbugs to respect their privacy, and not click pictures of the little one.

Post this—on various occasions—Anushka and Vamika have been clicked with Virat, and for every moment, the paps have been slammed by netizens for not respecting Anushka, Virat, and Vamika's privacy.

Even though Anushka was trying to protect her, paps managed to get few shots of the little munchkin.

Some of the netizens were happy to catch a glimpse of Virushka's baby but there's also a section of the society who is furious looking at these recent pics.

The entire Indian team along with the ladies team are on their way to England for their next tournament. All the cricketers were snapped with with their spouse and kids as they all arrived in a common bus abd not their individual cars. #viratkohli #anushkasharma ❤ pic.twitter.com/FgqW3k9QTd

One user went ahead and wrote: "That kid must be suffocating, too much covered." "Shameless please spare their privacy," wrote another. One more comment reads, "Can get enough of these paps man it's annoying seeing posts like these. Look how covered she had keep her baby to save her face being revealed to them."

Yet another comment reads, "Flashes are so annoying at least consider the kids they are sleeping !! These high-intensity lights would be harmful for the infants and kids, be humans and treat others as humans for god's sake they are not objects." "Do you guys ever respect their privacy?" asked another one. "ZERO RESPECT!" expressed another. Check out the video and comments below: