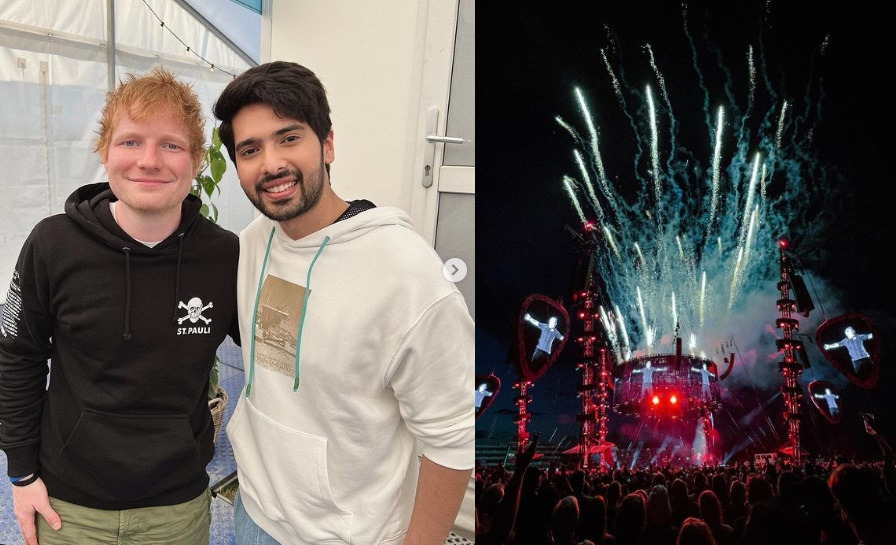 Armaan Malik with Ed Sheeran, a picture from his concert. Instagram/armaanmalik

Armaan, who reimagined Sheeran's version of '2step' and collaborated with him for it, took to social media to share a picture from their rendezvous.

In the caption space, Armaan wrote: "Truly an emotional evening for me. From doing a song with @teddysphotos to finally meeting him, talking about music and life and watching him live in concert. Thank you Ed for being so warm and humble, what a beautiful night"

Much before their collaboration '2Step', Sheeran and Armaan share a similar career trajectory and a certain forever-like flavour of music. Recently, Armaan released the love anthem 'You'.