As the farmers won a sweet victory, their struggles have been captured in songs, movies and web series. On Farmers’ Day, here’s a quick check 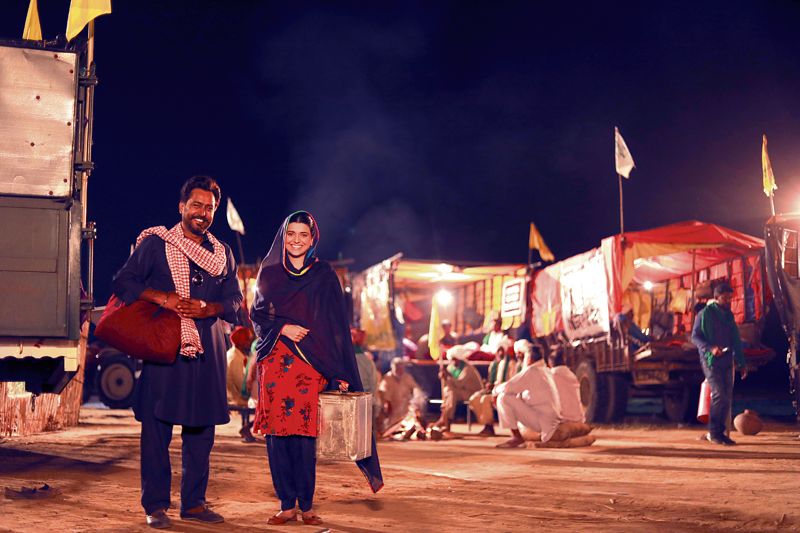 A still from the film Teeja Punjab

Art mirroring reality or life imitating art, arguments are made on both the sides, but 2020 and 2021 certainly draw the scales in the former’s favour. In the time of kisan morcha, if hundreds of songs came up, there were a couple of movies too, as well as plays and web shows. If some of them directly depicted farmers’ movement and celebrated their victory, others touched on the theme of their life and struggles.

Also read: Punjabi singers continue to come up with songs on farmers' victory

Art is seen from a different prism lately, vouches Shabdeesh, secretary, Suchetak Rangmanch, Mohali. “If anyone has been to the morcha, music was playing on every tractor trolley but the themes changed and songs rooted in the struggle came up.” As for him, he first landed up in the morcha to exercise his right as a citizen, “Artist later, it was my duty as an Indian citizen that I went to the morcha. Artistes are sensitive souls — pratirodh art mein phir aa hi jata hai,” he quips. Suchetak Rangmanch not only performed at Singhu and Tikri borders, but wherever farmers were protesting—toll plazas, markets or gardens of Punjab. “On November 26, 2020, when farmers took off for Delhi, we did a play and the leader said they would only return after winning the battle.”

Darshan Aulakh, who came up with two songs—Kisaan and Satluj Da Paani—and is onto his third—Jitt, the lyrics for which are by Amandeep Singh Aman, says, “The kisan movement reflected in art because it was organic. People like us weren’t motivated by any political ambitions or material gains, but for the land and its people, the struggle.” Aulakh has also announced a film on martyr Gajjan Singh, which he intends to start working on in 2022. Three movies, Moosa Jatt, Mein vs Tu and Teeja Punjab, inspired by the movement, were also released. Harf Cheema and Kanwar Grewal came together for a short film Manas Ki Jaat, released on YouYube.

One expects more films on this theme in the coming time. The subject has seeped into web series too—Range and Murabba—which were released on Chaupal platform. However, if there were real efforts to give momentum to the cause, some artists also tried to gain mileage by ‘using’ the kisan card for their gains.

Going by this momentum, one can only see a surge in songs, shorts, films and series on this theme in the coming times! — TNS