'People get over loved ones so soon': 'Bigg Boss 13' co-housemate takes dig at Punjabi actor with cryptic message 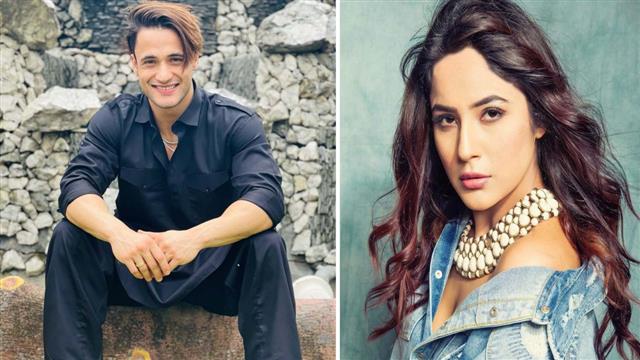 However, it seems it did not go down with her 'Bigg Boss 13' co-housemate Asim Riaz, who seemed to have taken a dig at her with a cryptic post on social media saying that "people get over loved ones so soon".

Without naming anyone, Asim wrote: "Just saw few dancing clips ... seriously people get over loved ones so soon. Kya baat kya baat... #Newworld." What led next was fans slamming Asim for his tweet.

A fan wrote: "Genuinely, not expected this from you Asim. I was your die hard fan from last 2 years. Seriously giving taunt to someone who's try to move on from bad days... I'm very happy to see her like this because I also going through from this pain of losing someone. Shame on Asim Riaz.

Another said: "You are the least deserving guy to judge someone's love/care for him. Just saying.

"Oh so @imrealasim saw the few seconds of dancing but he forgot the unimaginable pain for months she went thru after losing a loved one? And rather than helping a colleague move on, speaking such words to get some attention? Waah! #AsimRiaz #ShehnaazGill #ShameOnAsimRiaz," one simply wrote.

Shehnaaz was reportedly in a relationship with late actor Sidharth Shukla, whose sudden demise in September left everyone in shock.

Shehnaaz had isolated herself after his death and only commenced work after a month to promote her Punjabi film 'Honsla Rakh' starring Diljit Dosanjh and Sonam Bajwa.

Sidharth, a popular face on the Indian small-screen, passed away in Mumbai after suffering a massive cardiac arrest.