Ayushmann shares an Instagram Story to mark the occasion 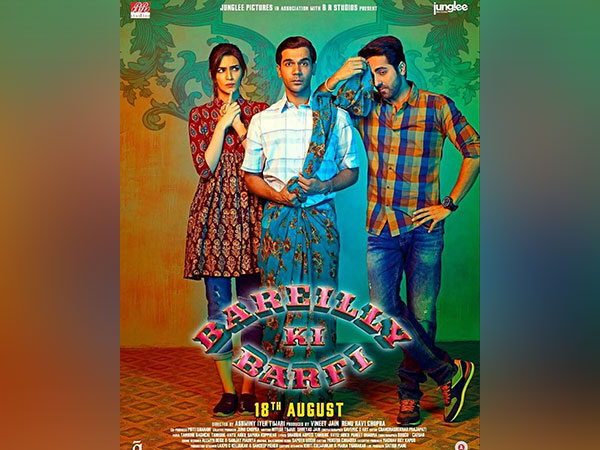 The reel video consists of many clips from the film, with the song 'Sweety Tera Drama' running in the background.

Helmed by Ashwiny Iyer Tiwari, the film was based on Nicolas Barreau's best-selling novel 'The Ingredients of Love' and was declared a hit at the box office.

'Bareilly Ki Barfi' gathered positive feedback from the audience as well as the critics.

Meanwhile, the 'Article 15' actor will be next seen in an action film 'An Action Hero' alongside Jaideep Ahlawat, which is slated to release on December 2, 2022.

Rajkummar, on the other hand, will be next seen in a sports drama film 'Mr and Mrs Maahi' alongside Janhvi Kapoor.

Whereas Kriti will be seen in an upcoming horror comedy film 'Bhediya' alongside Varun Dhawan, which is all set to hit the theatres on November 25, 2022.

Apart from that, she will be also seen in 'Ganpath: Part 1' opposite Tiger Shroff, which is slated to release on the occasion of Christmas 2022, and in 'Shehzaada' along with Kartik Aaryan, which is all set to hit the theatres on February 10, 2023.