Badshah feels stressed, like he is preparing for exam, as his Pagal Tour nears : The Tribune India

Badshah feels stressed, like he is preparing for exam, as his Pagal Tour nears 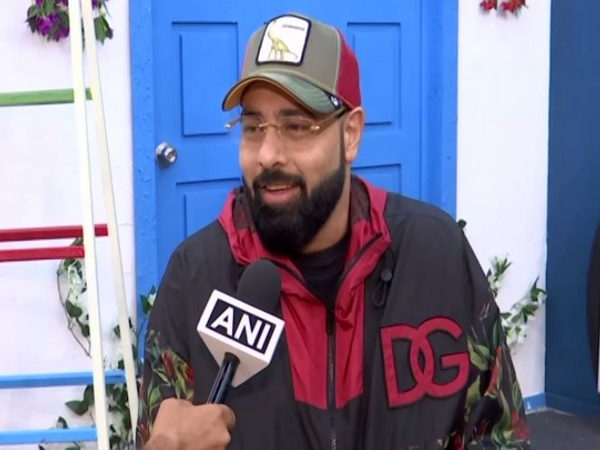 Badshah is ready for his first India music tour. ANI

Bollywood rapper, Badshah is all set to make the crowd go crazy with his first India music tour, starting on December 24.

Talking about the preparations for his tour, Badshah told ANI, "The show will begin on December 24. Preparations are somewhat like preparing before the exam, stressed, preparations are not completed but we are doing it." Rapper Badshah announced 'The Pagal Tour' in November 2022 with a special announcement video.

Taking to Instagram, Badshah shared the video which he captioned,"ARE YOU READY TO GO PAAGAL."

Sharing his thought on why he chose to name his tour 'paagal', the rapper in conversation with ANI said, "I think every man is 'paagal' (mad) and the one who follows his madness reaches somewhere. So this is like an invitation that any person who has a little bit of madness inside him should come and enjoy that madness with us. 'Pagaalpan' is important to do something different in life." Starting from December 24 in Mumbai 'The Pagal Tour' will be held in Guwahati, Ahmedabad, Hyderabad, Kolkata, Gurugram, Pune and will end on March 18 in Bengaluru.

He also shared an incident from his schooling days and said, "When I was young, I said I want to be a rapper and during the maths period my teacher asked what is this? I said it's a poem, and the teacher said, are you mad?, and that moment I realised if someone does this kind of work everyone considers him paagal. So I told the teacher that maybe yes I am paagal. So you are not defined by what the world says, you are what you are, if the world thinks you're paagal then okay you're paagal, but you should know what you're doing." Badshah is known for his blockbuster hit tracks like 'Kala Chashma', 'Garmi', 'DJ Wale Babu', 'Lets Naacho', 'Paagal', 'Bad Boy' and many more and enjoys a very massive fan following on social media.