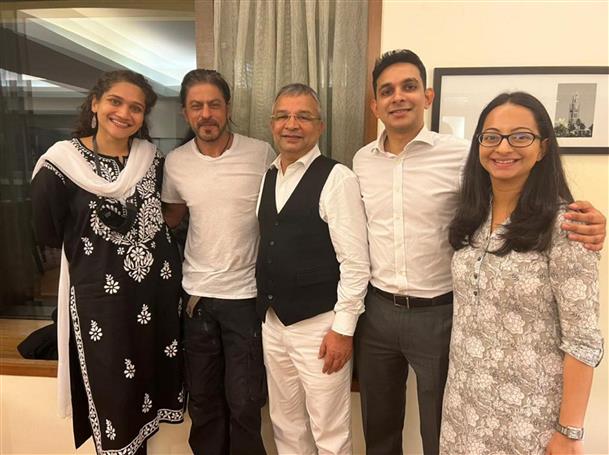 In a rare gesture, Bollywood megastar Shah Rukh Khan came out to greet his entire legal team which ensured bail for his son Aryan Khan, who has been away from home in detention and custody since the past 27 days, here on Thursday.

Sporting a casual white T-shirt and dark trousers, Khan met his battery of lawyers led by eminent lawyer Satish Maneshinde and his legal army which toiled since October 2 and finally ensured Aryan got bail.

A relaxed Maneshinde—who said “God is Great” after the court verdict this evening—shared the photos of the unusual meeting, but declined to elaborate.

It is also not known what exactly the beaming King Khan—who has maintained a dignified silence right from day one—discussed with them, but all the legal eagles were happily smiling, laughing and apparently thrilled by the encounter with the actor in flesh-and-blood. —IANS