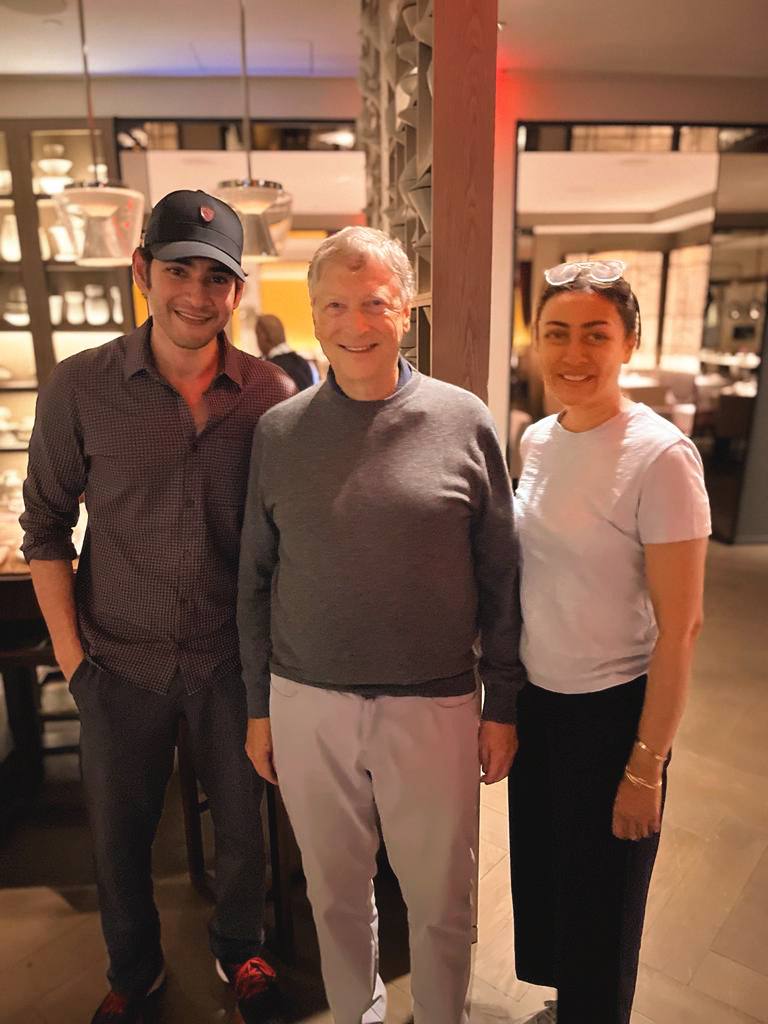 Mahesh Babu and Namrata pose for a photo with billionaire Bill Gates. Twitter/@urstrulyMahesh

We already knew that Mahesh Babu and Namrata Shirodkar ‘had the pleasure of meeting’ business tycoon Bill Gates in New York, thanks to the Telugu actor’s Twitter handle. Surprisingly, Bill Gates also tweeted about his experience of ‘running into’ the couple. Not just that, he also share Mahesh Babu’s photo. He wrote, “Being in New York is always fun- you never know who you’ll run into. It was great meeting you and Namarata!”

Being in New York is always fun – you never know who you’ll run into. It was great meeting you and Namrata! https://t.co/qBykgcXDS6

Mahesh and Namrata are on a family holiday in the US with their daughter Sitara Ghattamaneni and son Gautham Ghattamaneni.

On Wednesday, Mahesh tweeted a picture with the co-founder of Microsoft and called him ‘one of the greatest visionaries’ The photo also has Namarata.

“Had the pleasure of meeting Mr. Bill Gates! One of the greatest visionaries this world has seen... and yet the most humble! Truly an inspiration!” Mahesh wrote.

Had the pleasure of meeting Mr. @BillGates! One of the greatest visionaries this world has seen... and yet the most humble! Truly an inspiration!! pic.twitter.com/3FN2y7bIoc

The couple was earlier holidaying in Europe with their children and now they are enjoying their time in the US. They’ve been posting regular updates on their social media accounts.

In his recent post, we saw Mahesh and Namrata posing for a photo on a New York street. In the caption, Mahesh wrote, “Summer nights... city lights.” Namrata commented, “One of the best ones we had.” Even her sister Shilpa Shirodkar dropped heart emojis on the photo.