Dharmendra commented on it, 'Love you my darling kids. Lovely memories' 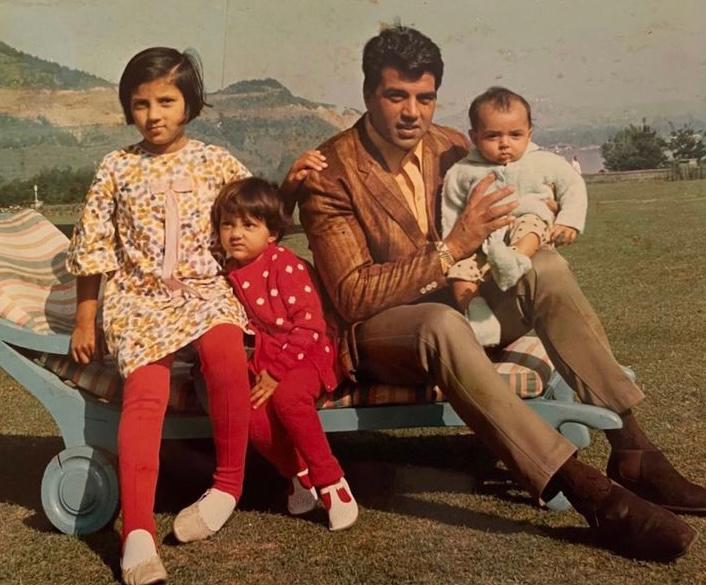 His son Bobby Deol shared a rare throwback childhood picture of himself with father Dharmendra and his sisters. Last month also Bobby had shared a rare picture of his brother Sunny Deol on his birthday. It showed Bobby, Sunny and sisters Ajeita and Vijeta.

In the latest picture, Dharmendra is seen sitting on a lounger in a hilly area.  Bobby shared the picture with a few heart emojis on Instagram.

Bobby is seen sitting on Dharmendra's lap, who should be I or 2 years old, while his sisters Vijeta and Ajeita are sitting next to Dharmendra. They seems to be together on a family holiday or may have accompanied the actor on a shoot.

Dharmendra is looking dashing in a brown blazer and brown pants.

The kids seem to be on a family vacation or the kids accompanied him to a hilly destination for a film shoot.

Dharmendra commented on it, “Love you my darling kids. Lovely memories.”

Bobby was recently shooting for the third season of his hit web show, Ashram, the first and the second season of the series were premiered last year on MX Player.