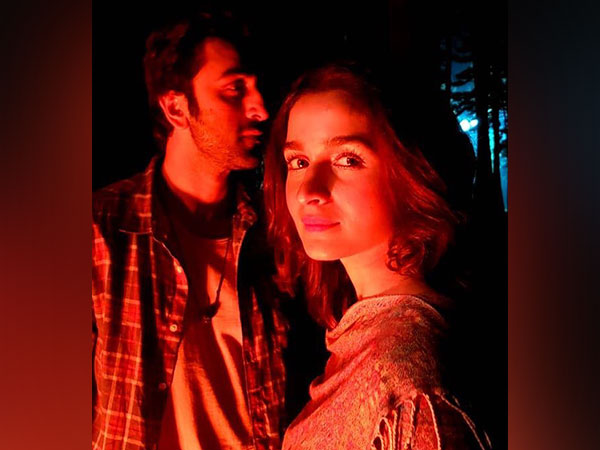 Currently riding high on the success of  'Brahmastra', mom-to-be Alia Bhatt dropped a behind-the-scenes picture from the  'Brahmastra' sets featuring her husband Ranbir Kapoor on Tuesday, on social media.

Taking to her Instagram handle, the 'Gangubai Kathiawadi' actor treated fans with a new picture with Ranbir.

Sharing the picture, she wrote, "Shiva and Isha. One from the archives - during Deva Deva shoot," with heart and fire emojis.

The parents-to-be looked adorable in the picture from the 'Deva Deva' song shoot.

As soon as the picture was uploaded, the actor's friends and family chimed into the comment section.

'Brahmastra' is helmed by Ayan, along with Ranbir and Alia. The film also stars Amitabh Bachchan, Mouni Roy and south actor Nagarjuna in the lead roles.

The film marks the first on-screen collaboration of Alia and Ranbir.

The spiritual song features Ranbir along with Amitabh Bachchan and Alia.

'Deva Deva' is the second song of the film after the much-loved romantic track 'Kesariya.' Sung by Arijit Singh and Jonita Gandhi, composed by Pritam Chakraborty, and penned by Amitabh Bhattacharya, the song encapsulates the magical moment in the film where Shiva, played by Ranbir, finds the power within.

Meanwhile, Alia announced that she is expecting her first child with Ranbir in June this year. The 'Brahmastra' couple tied their knot on April 14, 2022, after dating for many years at Ranbir's Mumbai residence in an intimate ceremony.