No guts, no glory: Check out Ajith Kumar's first-look in 'AK61' : The Tribune India

No guts, no glory: Check out Ajith Kumar's first-look in 'AK61' 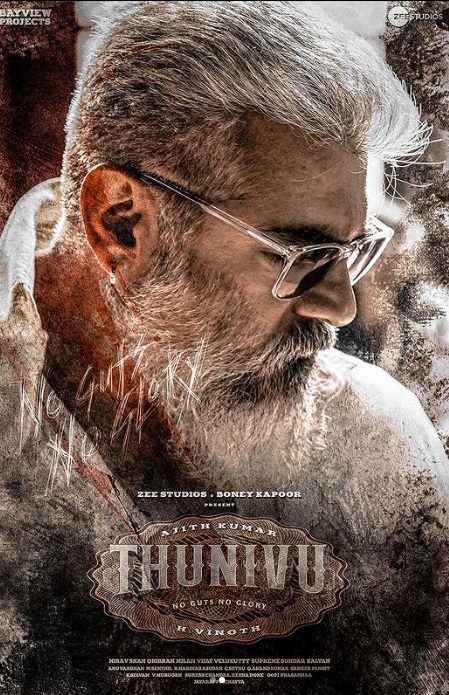 Taking to Instagram, producer Boney Kapoor shared the poster which he captioned "#Thunivu #NoGutsNoGlory #AK61FirstLook #AK61." In the poster, south actor Ajith Kumar could be seen with white hair and a heavy white beard look, sitting while holding a gun in his hand.

Soon after the first look of the 'Veeram' actor was out, netizens swamped the comment section and dropped heart and fire emoticons, as the excitement for the upcoming actioner could be seen among the fans.

"My dear thala," another fan wrote.

Meanwhile, the release date of the film is still awaited.

Ajith was last seen in an action thriller film 'Valimai' which received mixed responses from the audience. He will be also seen in director Vignesh Shivan's upcoming film.