Check out how Big B, Ranbir Kapoor, Alia Bhatt pulled off Brahmastra action scenes filled with VFX in this BTS video : The Tribune India

Check out how Big B, Ranbir Kapoor, Alia Bhatt pulled off Brahmastra action scenes filled with VFX in this BTS video 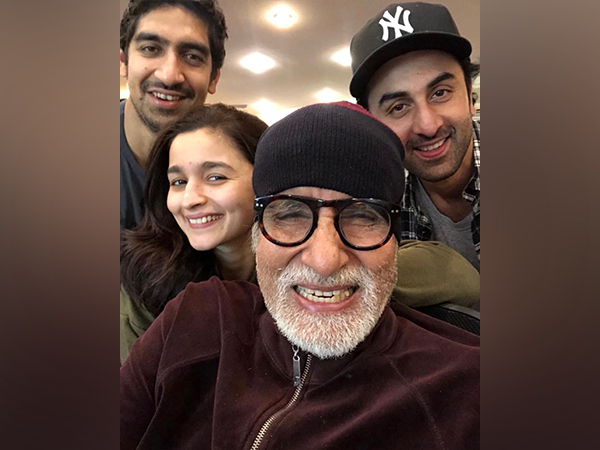 Ahead of the release of 'Brahmastra', filmmaker Ayan Mukerji shared a behind-the-scenes clip from the film showing how the lead cast including Amitabh Bachchan, Ranbir Kapoor, and Alia Bhatt performed intense action scenes using "technology." The video begins with the couple Ranbir-Alia preparing for some action sequences followed by Ranbir fighting with some stunt performers and running on a treadmill in front of a blue screen.

A shot then shows Alia and him practicing a stunt before the two sat in a car suspended and revolving up in the air for a shot.

We can also see Big B performing a scene with his sword. Nagarjuna and Mouni Roy, too, perform action scenes in the BTS video.

Sharing the particular video on his Instagram account, Ayan wrote, "Where Spirituality meets TECHNOLOGY...5 DAYS TO GO. Yesterday was the first time, I saw every shot in Brahmastra - finally finished, polished, and ready for its audience." "Very emotional moment for me, because of how long and challenging that journey has been, on every single shot, from the drawing board to the big screen! Felt right to share some Behind-the-Scenes today, to celebrate so many years of growing through technology! (and hanging out with blue screens!)," he added.

'Brahmastra' is set to hit the theatres on September 11. It is said to be made on a budget of Rs 400 crore.