Darlings teaser: Alia Bhatt, Shefali Shah are charged for a murder they ‘committed in their imagination’ : The Tribune India

Darlings teaser: Alia Bhatt, Shefali Shah are charged for a murder they ‘committed in their imagination’

Darlings to release on Netflix in August 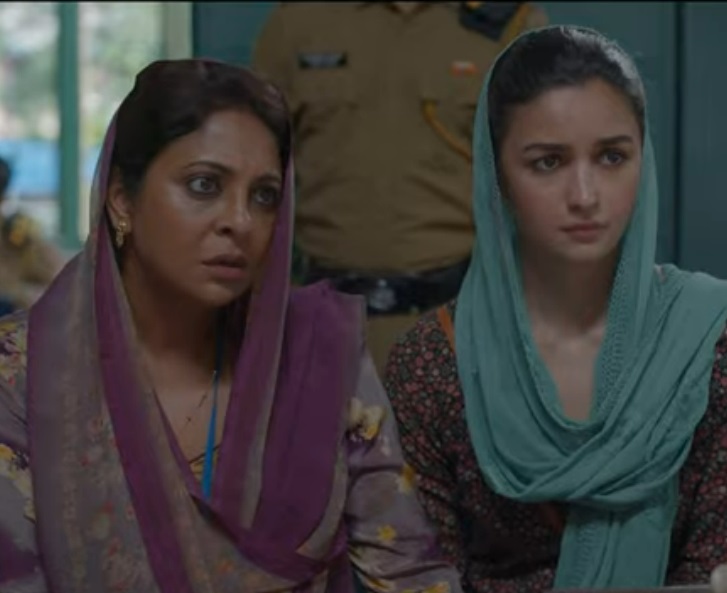 The teaser opens with Alia Bhatt narrating the popular tale of a scorpion and a frog crossing a river. As the scorpion in the story stays true to its nature, she implies basic nature cannot be changed, no matter what’s the situation.

It then zooms into the lives of a mother-daughter duo played by Shefali Shah and Alia Bhatt, respectively, who are striving to find a place in a city like Mumbai. All that it takes to survive in this male-dominating world, these two women would do.

As they seek courage and love in exceptional circumstances, a cloud of mystery lingers among them. And it deepens with the presence of Vijay Varma and Roshan Mathew in their lives. Who is playing whom?

As the trailer progresses, we see that both the women are charged with a murder. Both Shefali and Alia claim they are innocent because they killed someone ‘in their imagination’.

The trailer gives a glimpse of a power-packed performance by these two leading ladies of the film.

Darlings is Alia Bhatt's maiden production venture and it is set to premiere on Netflix on August 5.

Alia shared the film's teaser on her Instagram page and wrote, "It's just a tease Darlings".

Netflix took to Instagram and shared a poster of the film, which marks the directorial debut of writer Jasmeet K Reen.

"Can a frog and scorpion be friends? Darlings, watch on August 5, only on Netflix," the caption read.