Ranbir Kapoor is fireproof, is an astra himself in the movie 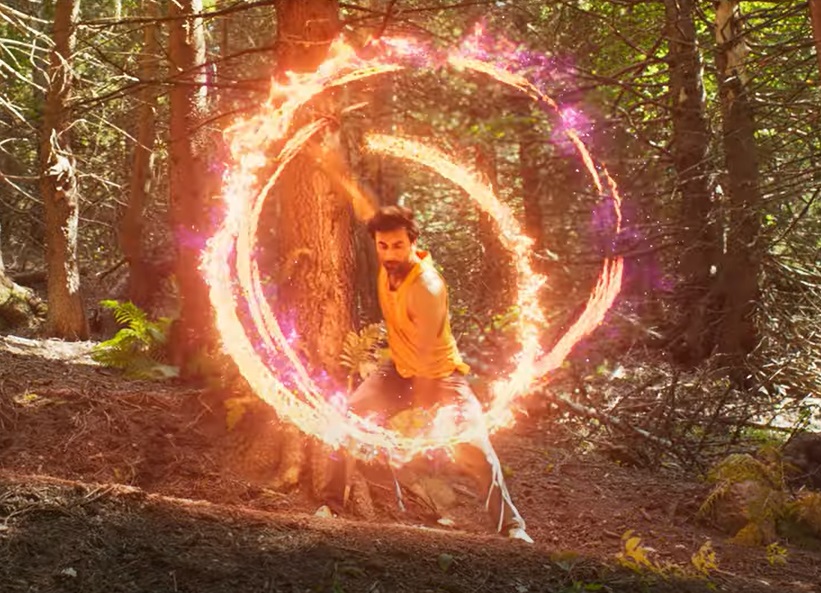 After the success of Kesariya, the makers of ‘Brahmastra: Part One- Shiva’ have presented the ‘soul of Brahmastra’. It’s the second track from the mythological fantasy and encapsulates the magical moment when Shiva (Ranbir Kapoor) finds the power within. He discovers his connection to the world of astras and also realises his own powers under the guidance of his guru played by Amitabh Bachchan. The song begins with Ranbir asking Amitabh Bachchan, “Sir, why am I connected to this world of astra? In response, Amitabh tells Ranbir that he is an astra himself- the agni (fire) astra.

Ranbir is shown enjoying in his being, playing with fire- feeling one with it. There is a sense of spirituality to the track and the upbeat rhythm with Namah Shivay chant adds that devotional touch to it. Later in the song, love blends in when Alia Bhatt joins Ranbir Kapoor in dense jungles and snow-capped mountains.

The song is composed by Pritam. The lyrics are by Amitabh Bhattacharya and is sung by Arijit Singh and Jonita Gandhi

In an interview, Ranbir Kapoor explains that the song is central to his character. “I thoroughly enjoyed the song, and could relate to it on so many levels personally. Pritam Da, Arijit, Amitabh, and Ayan have put in a lot of effort to create this masterpiece. The song makes one feel spiritually powerful with a rare ease, and I hope everyone feels and enjoys it as much as I did.”