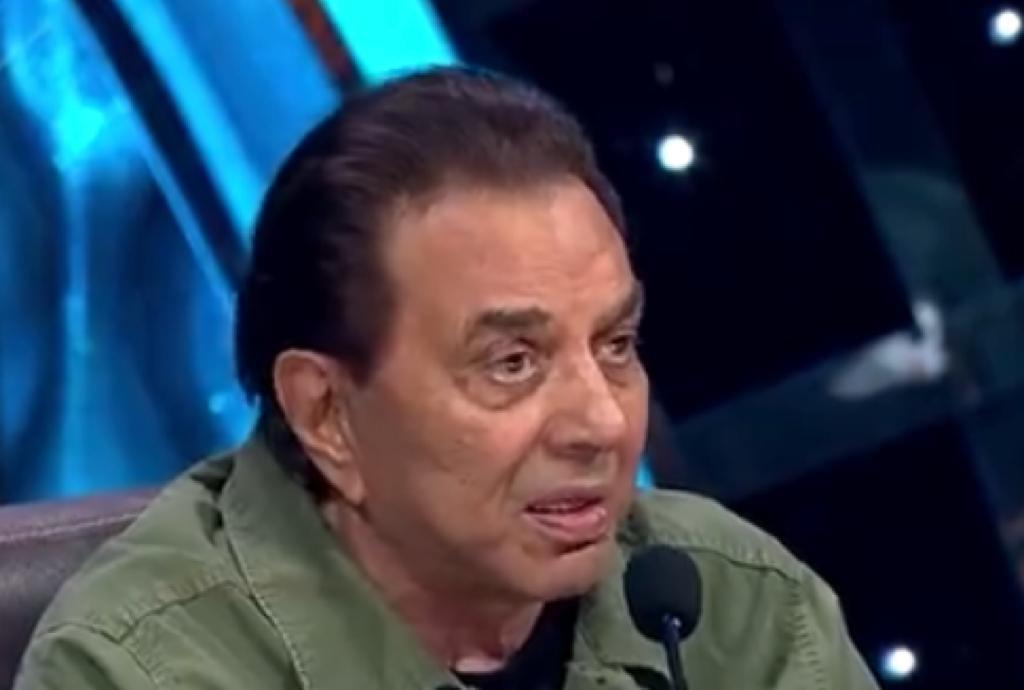 Veteran actor Dharmendra talked about the character of Dr Parimal Tripathi and how he wore a monkey cap and sweater in the movie to disguise himself as a watchman.

After looking at 'Indian Idol 13' contestant Shivam Singh's rendition of 'O mere Mehbooba' from the 1977 film ' Dharam-Veer' starring Zeenat Aman opposite him, he praised him for his performance and also his look reminded him of his dressing style in one of his blockbuster film 'Chupke Chupke'.

'Chupke Chupke' is a 1975 comedy-drama which was a remake of the Bengali film 'Chhadmabeshi'. It stars Dharmendra, Amitabh Bachchan, Sharmila Tagore, Jaya Bachchan, Om Prakash, Usha Kiran, David Abraham Cheulkar, Asrani and Keshto Mukherjee. It is directed by one of the greatest filmmakers Hrishikesh Mukherjee. The movie was a perfect entertainer and it is always remembered for Dharmendra and Amitabh Bachchan's comic timing and their on-screen friendly masti.

He said: "There was a scene in the film with Sharmila (Tagore) ji where I was playing the role of Parimal (Tripathi). My look was similar to what Shivam is wearing today. Parimal Tripathi had a certain type of character and he used to make certain facial expressions."

Dharmendra shared an interesting detail: "A lot of female fans used to request me to enact the character for which I used to take tips from them. It is one of the iconic films that I still can't get over and watch anytime I feel like. I feel that the dialogues touch your chord every single time," he added.

Adding to this, judge and singer Himesh Reshammiya said: "'Chupke Chupke' is an iconic film! It is a film that all of us have seen more than 100 times." The singing reality show is judged by Neha Kakkar, Himesh Reshammiya, and Vishal Dadlani. It airs on Sony Entertainment Television.