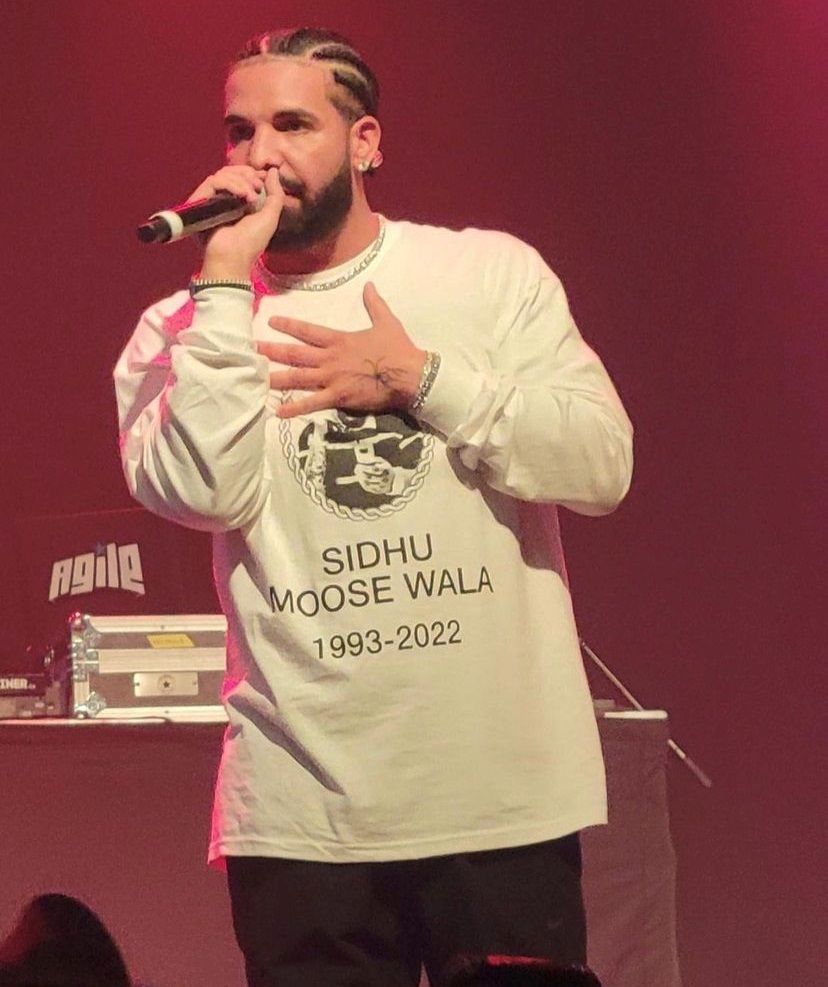 International rapper and singer Drake shared a special bond with late Punjabi singer Sidhu Moosewala. He recently paid tribute to Sidhu Moosewala at his concert in Canada by wearing a T-shirt with the late singer's face on him. His gesture won the hearts of not alone his fans but fans of Sidhu Moosewala all across the world.

In an effort to continue celebrating the popular Punjabi singer, rapper and politician, Drake has now announced that he will soon bring T-shirts with Sidhu Moosewala on his official website. The proceeds from the sale of these T-shirts, according to him, will go to Sidhu's family.

On his Instagram account, Drake shared a video that begins with him wearing the t-shirt and then shows shots of Sidhu Moosewala with his song playing in the background. In the caption Drake wrote,"Sidhu Moose Wala (1993-2022). We celebrate your life and influence in India, Canada, everywhere. Rest in peace to our friend and legend.Remembering this legend with a tee available now on www.drakerelated.com. We are working with Sidhu's family to dedicate proceeds from this drop in his honour."

As per reports, the pre-booking of Sidhu Moosewala T-shirts, priced at 65 USD (Rs 5,000), have already begun on Drake's website.

It was around last week that Drake had worn the same tee while performing at a concert in Toronot. He said "I'm here tonight, grateful, just as a kid who grew up wide-eyed. I'm a fan; I'm one of you tonight. I'm grateful to be from the greatest city in the world..."

At the time of Sidhu Moosewala's death, Drake had paid tribute to the late singer by posting a story on his social media platform in his honour.