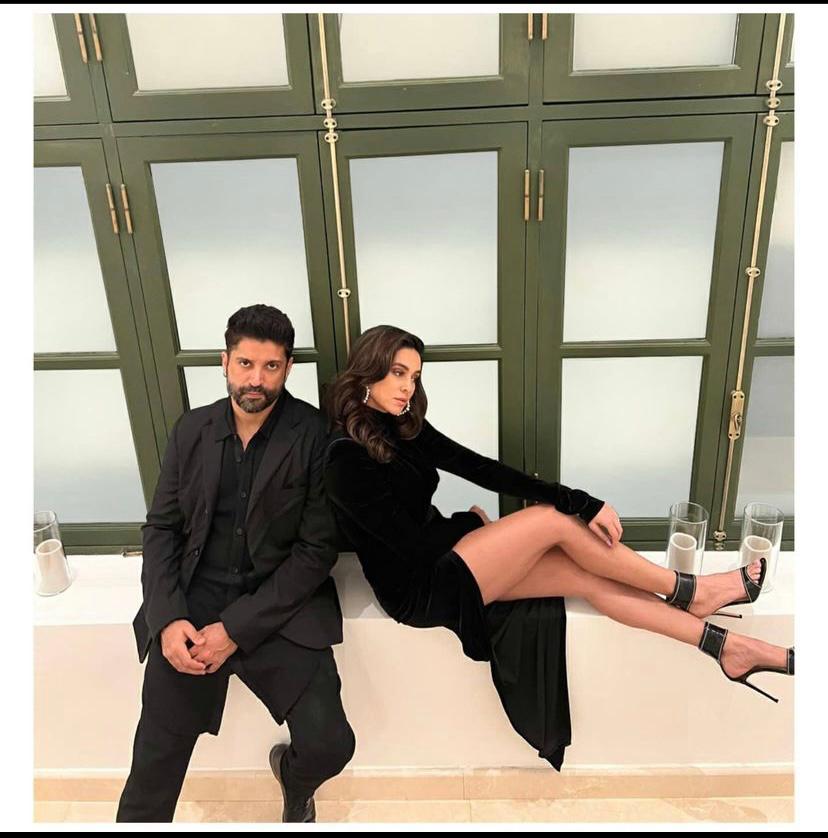 The couple will register the wedding at their Bandra house on February 21. Screengrab from Shibani's Instagram

Farhan Akhtar and Shibani Dandekar have been dating for quite some time now and the reports of their marriage has surfaced time and again. Fresh reports of their marriage surfaced on Thursday and the couple is reportedly set to get married on Saturday, in a civil ceremony. Hindustan Timesquoted a source as saying, "The family has been extremely discreet about this wedding as they don't want the media to turn up at the venue. Only family members have been invited. It is still unclear how things are planned, as everything is under wraps. But in most probability, it will be a Maharashtrian wedding."

"The couple will register the wedding at their Bandra house on February 21. A reception of sorts is to be held for friends and colleagues in the evening," the Hindustan Times report added.

Another report fromFilmfarestated, "Farhan and Shibani will tie the knot on the 19th. A court marriage will follow after that on the 21st."

Meanwhile Farhan’s father and eminent lyricist Javed Akhtar had earlier confirmed that the wedding will take place in February. He toldBombay Timesin an interview earlier, "Yes, the wedding is taking place. Rest,shaadi ki jo taiyyariyan hainthat is being taken care of by the wedding planners. Taking the situation into consideration it is obvious that we cannot host anything on a large scale. So, we are only calling a few people. It will be a very simple affair."

Farhan and Shibani have been dating since 2018. The actor was earlier married to celebrity hairstylist Adhuna Bhabani, with whom he has two daughters - Shakya and Akira.