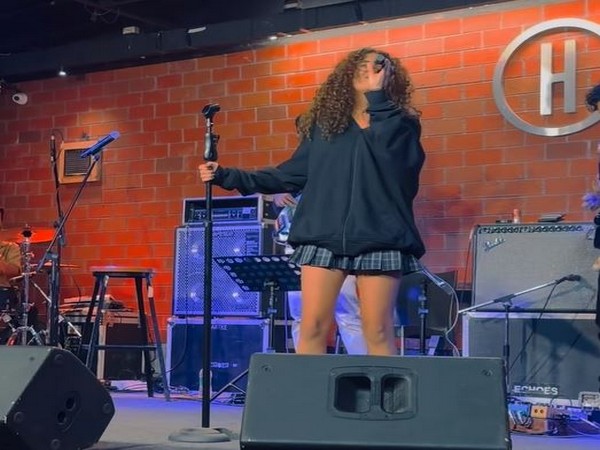 Farhan Akhtar's daughter Akira is following in his footseteps! The actor-singer took to Instagram to share how proud he is as a father! Farhan shared a clip on Instagram wherein his daughter Akira could be seen singing a song with a band and it's the cutest thing on the Internet today!

Akira, in the video, could be seen performing on Tori Kelly's hit number 'Don't You Worry 'Bout A Thing'. Sharing the video on social media, Farhan wrote, "You've come a long way, Akira Akhtar .. keep going ...the world is your oyster. Shannon Donald big hug (you know why). Shout out to the incredible band on stage last night."

His wife Shibani Dandekar shared the clip on her Instagram story and wrote, " This girl," accompanied by a string of star and heart emojis.

Apart from acting and producing films, Farhan is also an accomplished singer. Just a few days ago, he took to Instagram to share a video of him performing for the Indie rock band 'Parikrama'. He wrote, "About last night...Big shout out to the boys with big hearts Parikrama...Absolute treat guest performing with you. And to the organisers and team behind the scenes...More power to you... Shine on." As far as films are concerned, Farhan Akhtar made his Hollywood debut with 'Ms. Marvel'. The show introduced Iman Vellani as Kamala Khan, aka the titular character, who is a Muslim American teenager growing up in Jersey City. An avid gamer and a voracious fan-fiction scribe, Kamala is a superhero mega-fan with an oversized imagination -- particularly when it comes to Captain Marvel.

Farhan was last seen in a sports drama film 'Toofan' alongside Mrunal Thakur and Paresh Rawal which streamed exclusively on Amazon Prime Video and received mixed reviews from the audience.

He will be next directing a road trip film 'Jee Le Zara' which stars Priyanka Chopra, Alia Bhatt and Katrina Kaif in the lead roles.