Farhan Akhtar on ‘Ms Marvel’: Exciting to be part of culturally inclusive show : The Tribune India

Farhan Akhtar on ‘Ms Marvel’: Exciting to be part of culturally inclusive show

Akhtar features in the fourth episode of the show, titled ‘Seeing Red’ 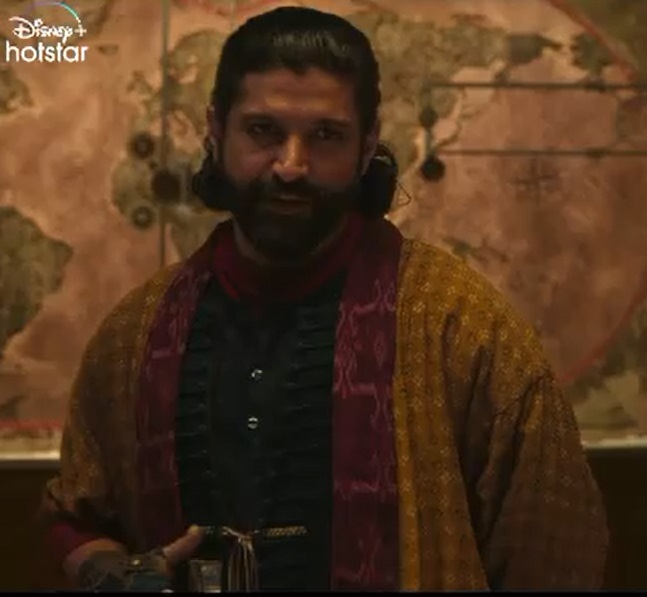 It's not the length of the role but the excitement to be a part of Marvel Studios' first steps in the South Asian subcontinent that motivated actor-filmmaker Farhan Akhtar to join ‘Ms Marvel’, a show he believes is landmark in the way it represents "our cultures and our people".

Akhtar, known for directing acclaimed films ‘Dil Chahta Hai’, ‘Lakshay’ and ‘Don’ series as well as for his on-screen performances in movies ‘Luck by Chance’, ‘Rock On!!’ and ‘Bhaag Milkha Bhaag’, has made his Marvel Cinematic Universe (MCU) debut with the Disney+ Hotstar show.

When he was first offered ‘Ms Marvel’, the actor said he was bowled over by the cultural inclusivity and diversity of the show, which centres around Kamala Khan aka Ms Marvel, a Pakistani-American teenager growing up in Jersey City.

"When I found out that the show was the very first step that Marvel is taking into the subcontinent, creating a subcontinent superhero that is going to represent our cultures and our people, I was very excited," Akhtar told PTI in a virtual interview.

"I truly wanted to be a part of it because it is a landmark show. And I feel that it's important because it's diverse. There's an incredible amount of cultural inclusivity that's happening via the show," he added.

Fronted by newcomer Iman Vellani, ‘Ms Marvel’ is a coming-of-age story of a Muslim teenager who discovers that she has superpowers and a family history going all the way back to India-Pakistan Partition in 1947.

Watch the promo of the show:

‘Bad Boys for Life’ helmers Adil El Arbi and Bilall Fallah, Sharmeen Obaid-Chinoy, a two-time Oscar winner in the documentary short category, and Meera Menon, who has worked on shows like ‘The Walking Dead’, have directed the episodes of the series.

Akhtar features in the fourth episode of the show, titled ‘Seeing Red’, directed by Obaid-Chinoy. He essays the role of Waleed, a senior member of an organisation called Red Dagger. Waleed acts as a mentor to Kamala when she lands in Karachi to meet her maternal grandmother and uncover the mystery behind her superpowers.

The actor said he was not concerned about the length of his role on the show as the focus was to be in a culturally diverse story.

"I really didn't stop to think about whether it should be longer or not. I was really happy." According to Akhtar, Marvel Studios has strived to deliver family entertainers with its films and now TV shows.

"What Marvel has done over the years, even before the show, they've always strived to give very good clean family entertainment. And this series is in the same vein. I don't think there's any point to be made as such, but it's a new experience for the audience.

"It's a new experience for the viewer that is absolutely signed into the universe and is committed to watching what they do," he added.

Akhtar teased viewers about exciting things to look forward to in the upcoming episodes of the show.

As far as his involvement in the future Marvel projects or returning to this role is concerned, the 48-year-old actor said he is open to any offer from the studio.

"I feel like I'm already a part of the MCU by playing Waleed... Of course, I would love for more stuff to happen because I had an incredible time working on the show. I leave that to their best judgment. But from my end, whenever they want me to be back and do anything that they need me to for this character, I'll be there," Akhtar said.

There was considerable buzz around Akhtar and Pakistani superstar Fawad Khan's casting in the show that has been hailed for its depiction of a culturally rich story of India and Pakistan, through its numerous Bollywood and Shah Rukh Khan references, its positive focus on Islam and family values.

"There are many generations that are touched upon through the story, as you may have noticed already. Family plays a very important role in the show," Akhtar said.

While the Bollywood actor-director has a significant role in the fourth episode of the series, Fawad Khan makes a blink-and-you-miss-it appearance in a family portrait that Kamala's grandmother shows her.

The show is available in English, Hindi, Tamil, Telugu, and Malayalam.