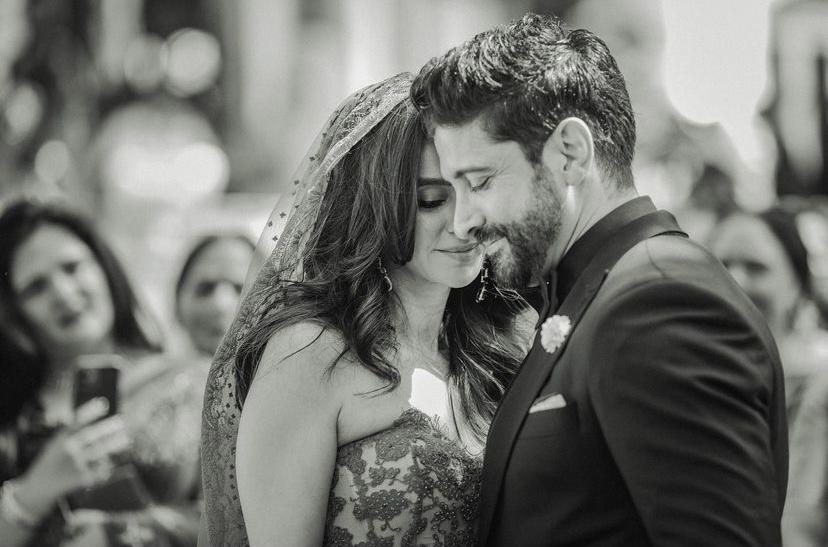 Taking to Instagram, Farhan shared pictures in which he is seen sporting a black tuxedo with matching bow. Screengrab from Farhan's Instagram

Filmmaker Farhan Akhtar and actor-host Shibani Dandekar on Wednesday shared photos from their wedding ceremony on social media and thanked all those who respected “our need for privacy on the day”.

The couple exchanged vows on February 19 in the presence of close family and friends at a farmhouse in Khandala, a hill station close to Mumbai, after more than four years of dating.

Though there was no official confirmation from the duo on the day of their wedding, social media was flooded with purported photos and videos from the ceremony.

Taking to Instagram, Farhan shared pictures in which he is seen sporting a black tuxedo with matching bow.

The 48-year-old filmmaker-actor expressed gratitude to well-wishers as they sought blessings for starting a “new journey” in their lives.

“A few days ago, Shibani and I celebrated our union and we are deeply grateful to all those who did respect our need for privacy on the day.

“The celebration however, is incomplete without sharing some precious moments with you and seeking your blessings as we begin our journey across the skies of time, together. With love from us to you,” Farhan wrote.

The “Four More Shots Please!” actor also posted photographs from the ceremony and looked stunning in an off-shoulder red gown, which she teamed with a veil of the same colour.

“Hey there husband! @faroutakhtar,” she captioned the images.

Son of screenwriters Javed Akhtar and Honey Irani, Farhan was previously married to celebrity hairstylist Adhuna Bhabani. They got divorced after 16 years of marriage and share two daughters— Shakya and Akira.

On the work front, Farhan will return to direction with a road trip movie titled “Jee Le Zaraa”, starring Priyanka Chopra, Katrina Kaif and Alia Bhatt together. Shibani will next be seen in the Malayalam and Telugu remakes of the hit 2013 Hindi comedy “Queen”.