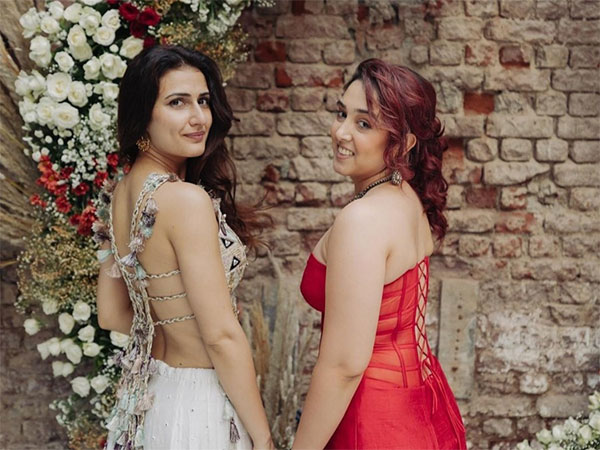 Taking to Instagram, Fatima shared the pictures which she captioned, "What a mad afternoon that was!!! So happy to see guys celebrate Your love and the was so infectious...My heart was swelling with love and affection for both of you. I am glad I could be a part of it. Pyaar pyaar pyaar."

In the pictures, Fatima could be seen grooving with Ira Khan's to be husband Nupur Shikhare and some candid pictures with Ira.

Check out the photos:

Soon after the pictures were posted, fans flooded the comment section with red heart emoticons.

Ira Khan commented, "The second photo is probably my favourite photo of the day! Love you so much." "Congratulations to the lovely couple," a fan commented.

Recently, in October, during a cycling event, Nupur went down on his knee with a ring in his hand and asked his lady love that "will you marry me?". Ira responded with a 'yes' and they sealed the deal with a kiss. The crowd around them were seen cheering and clapping.

Sharing the video the duo wrote, "Popeye: She said yes. Ira: Hehe. I said yes." Ira and Nupur often share pictures and videos on social media. The couple officially announced their relationship in 2020. Ira took to Instagram and announced that they are dating.

Aamir shares daughter Ira with his ex-wife Reena Dutta. Aamir and Kiran got married on December 28, 2005. They welcomed their first son, Azad, through surrogacy in 2011. Aamir was earlier married to Reena Dutta but separated in 2002. He has a daughter Ira and a son Junaid from his first marriage with Reena.