Freida Pinto celebrated her wedding with a nap 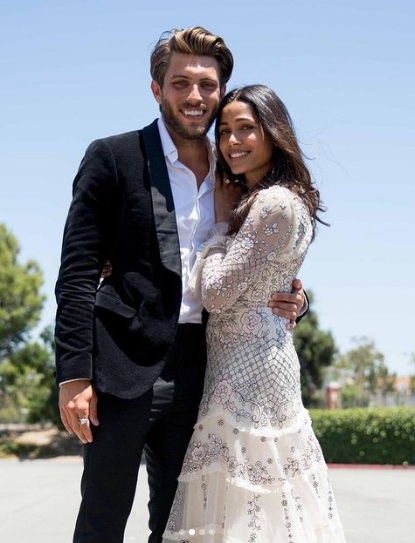 Freida Pinto with Cory Tran on the day of their wedding. Instagram/freidapinto

US-based Indian actress Freida Pinto, who married photographer Cory Tran in a low-key ceremony two years ago in front of just two witnesses in California, celebrated her wedding by taking a nap.

She wasn't interested in a lavish party because the couple were more focused on "building a life together" than just one day.

Here's a glimpse from the photoshoot:

Explaining she had woken up, chosen a long-sleeved white Needle and Thread gown from her wardrobe and then gone to get married, she added: "And then we went home and had a nap." "For our brains and our souls and our bodies, it was just perfect. The focus was on building a life together, not just planning a wedding," she explained.

The couple, who have eight-month-old son Rumi-Ray, now divide their time between Austin and Los Angeles. Recalling the first time Cory took her to Texas, where he had spent most of his 20s, she said, "I felt so at peace and free."

The actress finds the "ever-changing" baby stage of parenting both "exhilarating and exhausting".

She said: "Nothing is constant and it's just absolutely joy-giving and exhilarating and exhausting, all at the same time."

Here are the photos from their wedding:

Freida became a global star thanks to her role as Latika in Danny Boyle's 'Slumdog Millionaire' and though she remembers the release of the film as a "special" time, she said the aftermath was "not very pleasant" because things got so "overwhelming".

"The aftermath was not very pleasant," she said.

"It was such a frenzy - it was almost overwhelming, and hard to distinguish between what was real and what wasn't. My expectation was that every film I did after should do as well as 'Slumdog Millionaire.' But it was unique."