From why she didn’t marry Shammi Kapoor to her close relationship with Feroz Khan, Mumtaz opens up about her professional and personal life

‘Never kissed on screen, was reluctant to wear bikini at first’ 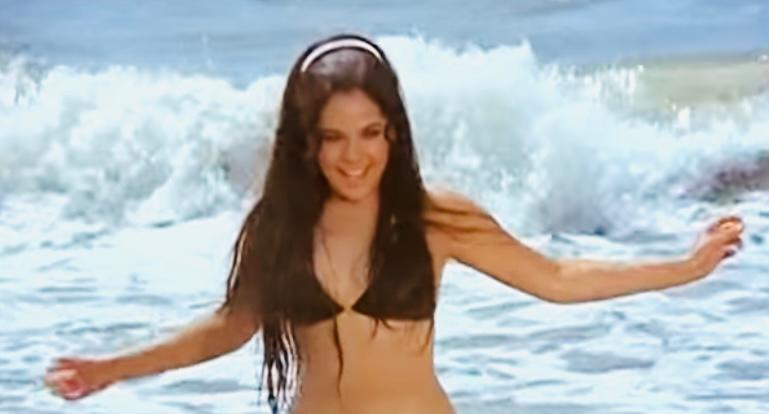 Mumtaz had made headlines when she donned a black bikini in the 1972 film Apradh.

Legendary actor Mumtaz ruled the Hindi film industry in 1960s and 70s with dozens of super hit films to her credit.

From why she didn't marry Shammi Kapoor to her chose friendship with Feroz Khan, she recently opened up about her professional and personal life in a recent interview with ETimes.

The veteran star shared that no one ever believed that she turned Shammi Kapoor down and instead chose to marry Mayur Madhvani.

“The world wanted to marry me but I had to decide who I shall remain happy with. Shammi Kapoor was very loving and caring with me. Nobody would believe that we were in love. Nobody believed that I had said ‘no’ to him for marriage because Shammi’s status in riches was higher; they said ‘how can Mumtaz refuse Shammi?’. Today when I am married to Mayur Madhvani who by the grace of God has money, people believe that I had refused Shammi. Still, all said and done, I don’t think I have ever experienced so much love as Shammi gave me,” she told ETimes.

Mumtaz also opened up about rumours of a marriage with Feroz Khan and shared that he never proposed to her. She also said that they were very close friends and he would open up his heart in front of her.

She said films made on bold subjects weren't a common thing back then, and in case she had done bold scenes on screen, her in-laws may not have accepted her into the family.

Mumtaz, who has worked in several films with Rajesh Khanna, Shatrughan Sinha, Feroz Khan, Shammi Kapoor, Sashi Kapoor and others, claims she never kissed on screen.

Mumtaz said, “I never did bold stuff. Like, I never kissed on screen. Aaj kal to pata nahi kya kya karte hain (Nowadays, almost every limit has been crossed). Ab jo log ye bold kaam kar rahen hain, woh kar rahen hain. Main nahi kar sakti (Those who are comfortable doing it, are doing it. I can't do it). I am quite orthodox. I don’t think the Madhvanis would have accepted me marrying Mayur if I had been bold on screen.”

Mumtaz did wear a bikini though on screen. She had made headlines when she donned a black bikini in the 1972 film Apradh.

She was, however, reluctant to wear a bikini at first. Sharing the reason behind it, Mumtaz said, “I thought I had fat thighs but men didn’t think so. And, I even had a complex about my thighs. It was only because Feroz said that I reserve the right to get it deleted if I don’t like it, that I agreed.”