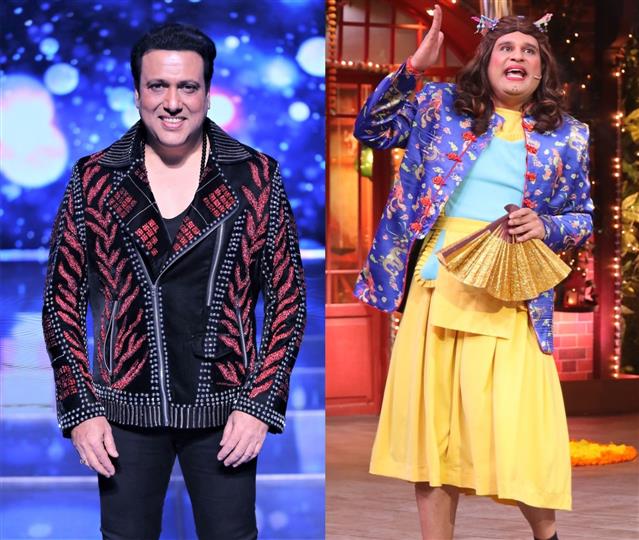 Bollywood actor Govinda released his new song ‘Hello’ on January 11. He shared a clip of the song on his social media and directed his fans to watch the entire song on his YouTube channel. It seems like the song did not meet the viewers’ expectations who think it has the 90s flavour. After some nasty comments on the video, Govinda resorted to disabling comments on his YouTube channel.

You can see here that the comments are turned off:

The latest development, which has come as a surprise to Govinda fans, is that actor-comedian Krushna has reacted to his uncle being mocked for ‘Hello’. In a conversation with BollywoodLife.com, Krushna said “For me, he will always be Hero No.1.

Considering that Govinda’s fallout with nephew Krushna Abhishek has been in news of late, everyone is taken aback by Krushna’s comment. While everyone is aware of the family feud, it again came back in public eye when Krushna refused to be a part of an episode of ‘The Kapil Sharma Show’ that had to feature Govinda and his wife Sunita Ahuja as guests. When Krushna refused, Sunita told a leading daily there was no chance of a reconciliation with Krushna and Kashmera.

The differences among Krushna and his uncle Govinda were brought up even at Salman Khan’s ‘Bigg Boss 15 Weekend Ka Vaar’. Kashmera Shah, who was on the show to support Tejasswi Prakash, gave a hint about Krushna and Govinda’s fallout on the public platform.

During the episode, when Kashmera Shah bashed Karan Kundrra for speaking disrespectfully to his girlfriend, Salman Khan walked towards the camera and mentioned Kashmera’s husband, Krushna Abhishek’s name, before adding, “Krushna, tujhe salute hai!" He then burst into laughter while pulling Kashmera’s leg.

Kashmera then told Salman Khan that last year she went inside Bigg Boss house as a challenger and followed Krushna’s instruction and played the game without any fights, and he himself fought with his “maama and maami".