In the song, Diljit sang about thanking God for creating a 'pari (fairy)' like Rihana 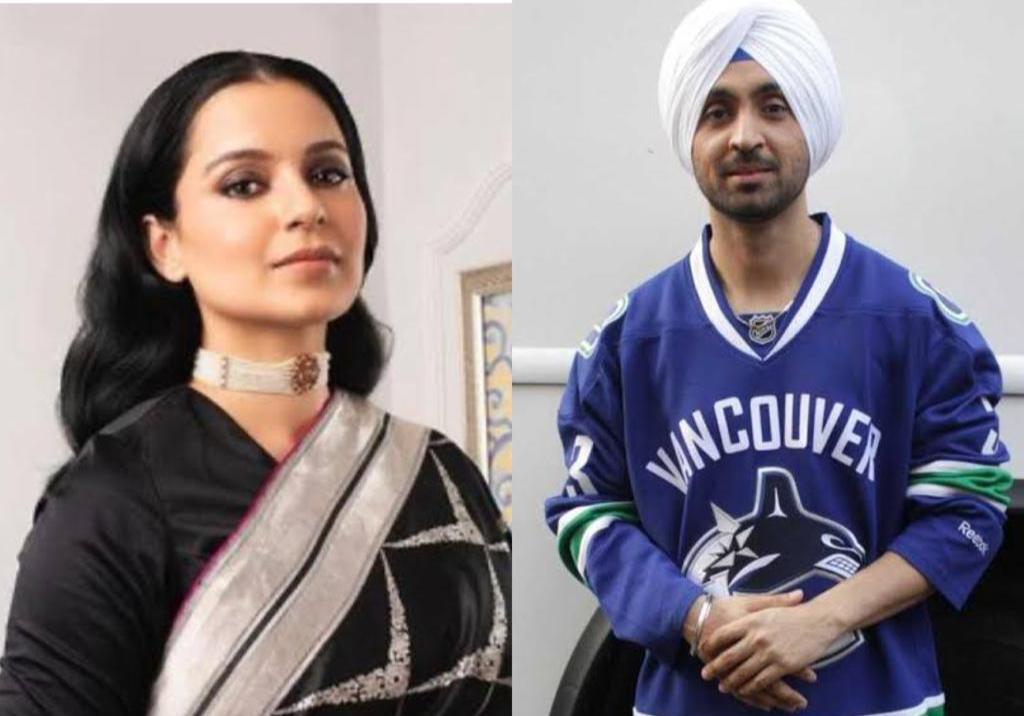 Actors Kangana Ranaut and Diljit Dosanjh were involved in another Twitter spat on Wednesday with the “Queen” star criticising the singer-actor’s special song dedication to pop star Rihanna for her support to farmers’ protest, and the Punjabi artiste telling the actor to “not bore him”.

The pair was involved in an ugly fight on Twitter in December when Dosanjh had taken Ranaut to task for misidentifying an elderly woman protester as Bilkis Bano, the septuagenarian who had attracted international attention for her participation in the anti-CAA protests.

The fresh round of war of words between the Punjabi celebrity singer-actor and belligerent Bollywood star started over Rihanna’s post on Tuesday in which she called out the internet shutdown in areas near the protest sites on Delhi borders.

“Why aren’t we talking about this? #FarmersProtest,” the 32-year-old singer wrote, while sharing a CNN news article with her 100 million followers on Twitter.

After Rihanna lent her support to farmers, an impressed Dosanjh decided to release his latest track, dedicating it to the international star for her gesture.

The song acknowledges Rihanna’s Caribbean roots, with the opening lines describing the singer as a “beautiful woman from Barbados” with “shining, bright eyes” who “spreads colours” all around her.

Ranaut, who was among the first Indian celebrities to slam Rihanna for her post, labelling the protesting farmers as “terrorists” and the pop star “a fool”, mocked Dosanjh in a tweet, claiming that he had been planning it for a while.

“He also needs to earn a rupee or two. Since when have you been planning all this? It takes at least a month to release a song, and libru (liberal) want us to believe, it’s all organic. Ha ha,” she wrote on Dosanjh’s post.

The Punjabi star took the bait as he replied, “Two rupees, don’t tell me my job. I can make a song in just half an hour. I can make one for you in two minutes but I don’t feel like doing it.”

Kangana Ranaut gifts 4 flats to Rangoli Chandel, other cousins in Chandigarh; here’s how much they cost

“Why do you have to speak everywhere. Please go away and don’t bore me,” he said in chaste Punjabi.

To this, Ranaut declared that being a “patriot” is her only job as she called Diljit a “Khalistani”.

“Your words don’t make any sense. Who are you to say you won’t let me do (my work)? Go away. No one is talking about you,” Dosanjh replied.

Not one to back out from a fight, Ranaut said Dosanjh was part of the “Canada gang”, whose motive is to divide the country.

“Your Canada gang won’t be able to do anything. Khalistan will only be there inside your brains. We won’t let our country get divided into pieces. Do as many riots or strikes you can,” she said.

The country doesn’t belong to anyone, was Dosanjh’s prompt reply.

“This is not just your country. What has happened to you? Who told you this? The country belongs to everyone.  India is ours as well. You go away and don’t bore me,” he said.

Ranaut challenged Dosanjh to confirm that he is not a “Khalistani” and doesn’t support the movement.

“Tell me you are not a Khalistani, please say you condemn fringe groups such as Khalistanis participating in protests. If you say this I will apologise and consider you a true patriot,” she said.

In his reply, Dosanjh referenced the violence during farmers’ tractor rally on Republic Day, saying that the government must take action against those who have done wrong.

“You and I will not decide that. You just stretch everything and it doesn’t end. Go away. You bore me a lot,” he said.

Kangana Ranaut gifts 4 flats to Rangoli Chandel, other cousins in Chandigarh; here’s how much they cost

He further said that he doesn’t require a certificate from Ranaut to prove he is Indian.

“She wants me to fight with her the entire day. We are also Indians you are not the only Indian. You get happy by answering to your own questions. I don’t require a certificate from you,” he said.

In December last year, Dosanjh, known for “Udta Punjab” and “Good Newwz”, joined the farmers protests at Delhi’s Singhu border and asked the demonstrators to be patient and peaceful in their agitation and requested the government to accept their demands. — PTI