Harnaaz Sandhu fails to control tears as she takes the stage for last time as Miss Universe; watch video : The Tribune India

Harnaaz Sandhu fails to control tears as she takes the stage for last time as Miss Universe; watch video 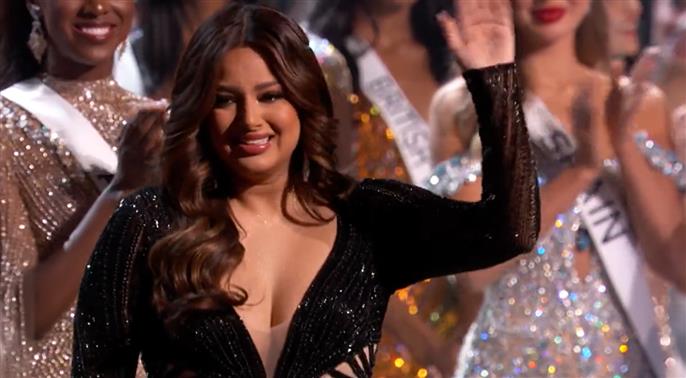 Just before USA's R'bonney Gabriel was crowned as the Miss Universe, the outgoing Miss Universe Harnaaz Sandhu was seen getting emotional on stage as she took her final walk. Dressed in black, a visibly emotional Harnaaz had tears in her eyes as she blew kisses in the air and even stumbled a bit during the walk.

Hold back tears as @HarnaazKaur takes the stage one last time as Miss Universe! #MISSUNIVERSE pic.twitter.com/L0PrH0rzYw

As Harnaaz Sandhu walked on stage, her voiceover played, "I was 17-years-old when I first took the stage and since then becoming Miss Universe was my goal. I've been given the megaphone on a worldwide stage to present the topic of menstrual equity before world leaders asking them to keep this conversation ongoing."

Harnaaz Sandhu also thanked the Miss Universe Organisation for helping her in making her voice heard.

“Remember to live this year to the fullest because tomorrow is never promised,” Harnaaz Sandhu told the new Miss Universe.