Have contributed towards bringing a positive change in society through cinema: Ayushmann Khurrana 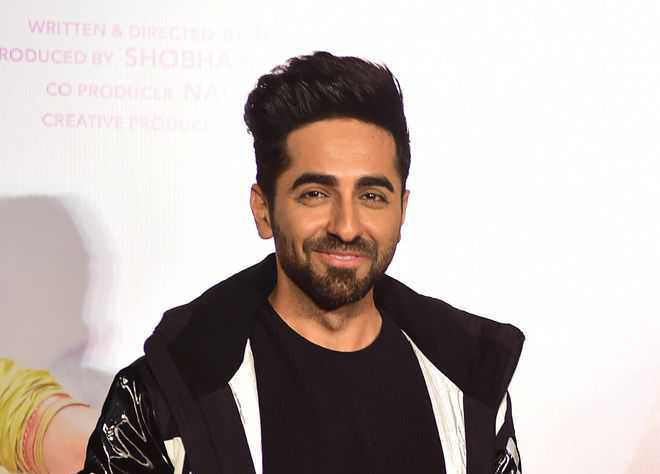 Actor Ayushmann Khurrana, who has been voted as one of the 100 most influential people in the world by TIME magazine, on Wednesday said he has always aimed to bring a positive change in society through cinema.

The 36-year-old actor has come a long way from being a contestant on a reality show to an RJ to a VJ, followed by hosting popular television shows.

Having made his acting debut in Bollywood in 2012 with "Vicky Donor", Khurrana has made a niche for himself with social entertainers including "Dum Laga Ke Haisha", "Bareilly Ki Barfi", "Shubh Mangal Saavdhan", "Badhaai Ho", "Article 15", among others.

The National Award winner is among the three Indians who have featured on this list; the other two being Indian Prime Minister Narendra Modi and Bilkis - 'Dadi of Shaheen Bagh', a Delhi neighbourhood that became the epicentre of the anti-CAA protests.

Joining these three on the list are two Indian-origin personalities -- Sundar Pichai, CEO of Google, and London-based doctor Ravindra Gupta, who found a cure for AIDS.

Khurrana is the youngest Indian to be featured in this year's TIME Magazine.

The "Andhadhun" star said he is humbled with the recognition bestowed on him.

"As an artiste, I have only looked to contribute towards bringing a positive change in society through cinema and this moment is a huge validation of my belief system and my journey," he said in a statement.

Khurrana said he believes cinema has the power to bring about change by triggering the right conversations among people in society.

"Hopefully, through my content choices, I have been able to contribute towards my country and countrymen," he added.

Khurrana's colleague Deepika Padukone has written a short article in the magazine, appreciating his talent.

On the work front, Khurrana will be reuniting with his "Article 15" director Anubhav Sinha on a new project. The actor will soon begin shooting for Abhishek Kapoor's next in which he plays a cross functional athlete. PTI