I pretend to be someone else but I work hard to be that person, says actor Pavan Malhotra

Citing the examples of his diverse roles in films like ‘Black Friday’, ‘Children of War’, ‘Jab We Met’, and ‘Bhaag Milkha Bhaag’, the actor says he likes to live the life of different people on screen 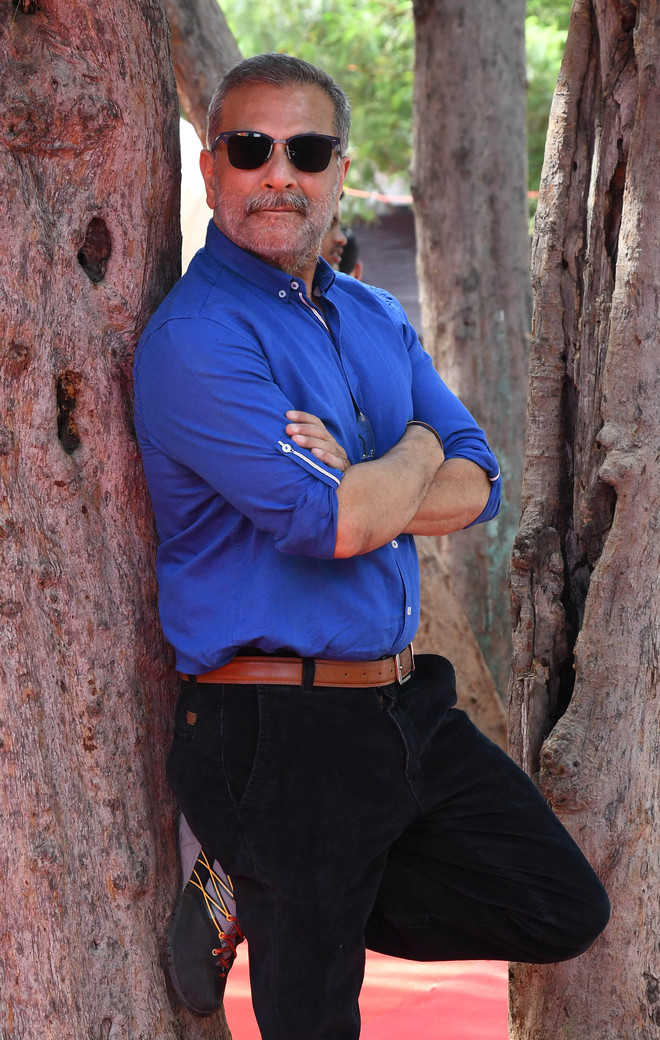 Veteran actor Pavan Malhotra says he has never believed in following a peculiar style of acting and that's one of the key reasons why he has managed to carve a niche for himself in the entertainment industry.

Citing the examples of his diverse roles in films like ‘Black Friday’, ‘Children of War’, ‘Jab We Met’, and ‘Bhaag Milkha Bhaag’, the actor said he likes to live the life of different people on screen.

“I want to be part of good and different stories. It is an art and it is the job of an actor to become a person to the best of his ability. I am just pretending to be someone else but I do work hard to be that person,” Malhotra told PTI in an interview.

Regarded as one of the finest actors of Indian cinema, Malhotra - an arts graduate from Delhi University - started out as an assistant in the costume department for Richard Attenborough's celebrated film ‘Gandhi’.

He later worked as a production assistant on ‘Jaane Bhi Do Yaaro’, ‘Khamosh’ and ‘Mohan Joshi Hazir Ho’ and served as an assistant director on ‘Yeh Jo Hai Zindagi’, before making his debut in films with 1984's ‘Ab Ayega Mazaa’

The 63-year-old actor said he doesn't follow a pattern while playing a character.

“I don't have a fixed style or mannerisms. I make characters every time and with every character things change. Maybe I may get it wrong sometime. But an artist should always try different characters and even if you fail, it is okay. It is important to keep trying new things,” he added.

He also said for him it isn't necessary to be in sync with the politics of his characters.

“Pavan Malhotra as a person doesn't have to relate to all his characters. I don't think like my characters. A lot of people often say that for months I was in a character and that I had to seek help to get out of it, this is not something that happens with me,” he added.

Looking back, the Delhi-born actor said he is grateful for the love and respect he has earned for his performances over the years.

“I am content with the body of work I have done. It maybe a small number but people respect and appreciate what I have done.”

With a slew of projects in the pipeline, including web series ‘Tabbar’, and films ‘Oh My God 2’ and ‘Tera Kya Hoga Lovely’, Malhotra said it is important for an actor to choose projects wisely.

“I do get offers but the idea is to say no to work that you don't like. The important thing is you have to choose well and take a pause if it’s not good. Like, I came from theatre, did TV and continued doing TV, despite getting films.

“But later I wasn't happy with TV work and decided not to do it even at a time when TV was giving good money. It is not that I don't want money but I want to do roles that make me happy. Creative satisfaction is important.”

He is looking forward to the release of ‘Tabbar’, a thriller-drama series in which he plays a retired police constable who pushes the boundaries to save his family from the consequences of an unfortunate incident.

Malhotra, who has previously collaborated with Ajay Rai's Jar Pictures on ‘Grahan’, said he instantly gave his nod to their next project ‘Tabbar’.

“It's a thriller and I can't reveal much but all I can say is, it is about family and how far he can go to protect his family. I fell in love with the script and we have good actors giving such good performances,” he said.

Directed by Ajitpal Singh, ‘Tabbar’ also stars Supriya Pathak and Ranvir Shorey. It is set to premiere on SonyLIV on Friday. PTI