‘We were, all of us, disturbed and shocked by the 15th film: The Kashmir Files’: Israeli filmmaker Nadav Lapid 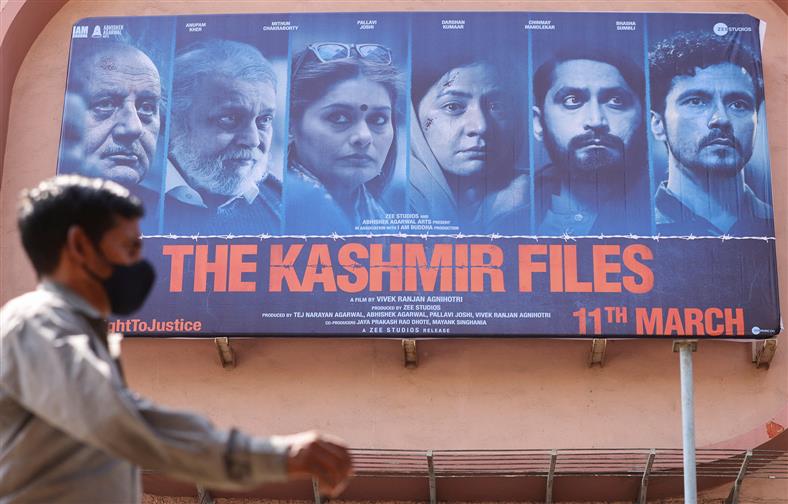 In a rather controversial end to the 53rd International Film Festival of India (IFFI) at Goa, the jury head, Israeli filmmaker Nadav Lapid while making a speech at the closing ceremony, criticised Vivek Agnihotri’s film The Kashmir Files on stage, calling it ‘propaganda’.

In his address to the audience, Nadav said, “We were, all of us, disturbed and shocked by the 15th film: The Kashmir Files. That felt to us like propaganda, vulgar movie, inappropriate for an artistic competitive section of such a prestigious film festival.”

He went on to add that he felt totally comfortable to share openly these feelings here on stage. Since the spirit of having a festival is to accept also a critical discussion which is essential for art and for life.

Lapid made the remarks in front of Union Ministers and Goa Chief Minister Pramod Sawant who were present on the occasion.

The Kashmir Files directed by Vivek Ranjan Agnihotri was released in theatres on March 11. It revolves around the killings and exodus of Kashmiri Pandits in 1990 from the valley.

The film was declared a ‘hit’ in India.

The Vivek Agnihotri-directed film stars Anupam Kher, Mithun Chakraborty and Pallavi Joshi in lead roles. In India, the movie has been lauded by the ruling camp, including Prime Minister Narendra Modi and Union home minister Amit Shah coming forward to shower praise on the performances and the content. The film was also declared tax-free in most of the BJP-ruled states.