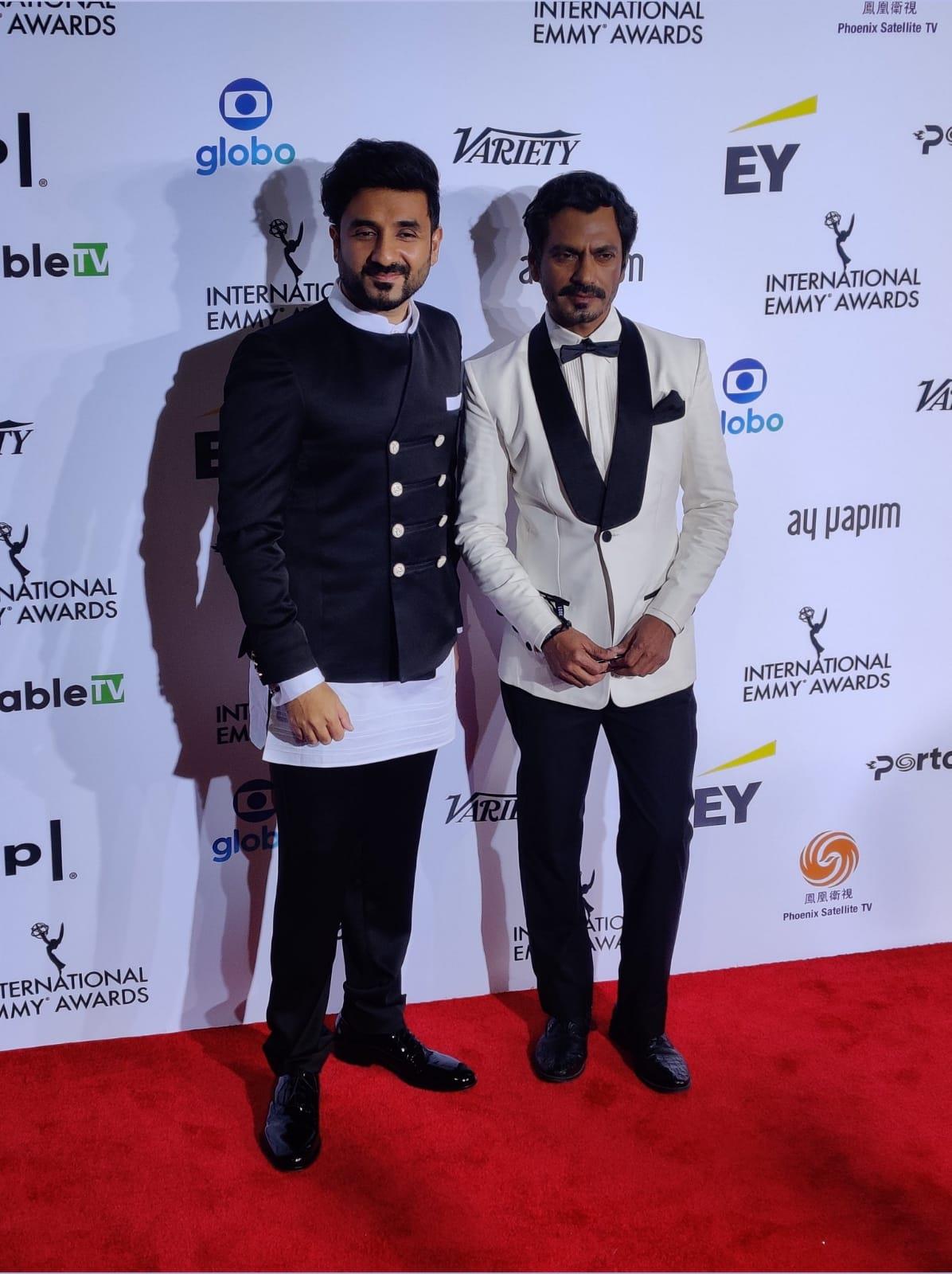 Actors Nawazuddin Siddiqui, Vir Das and series “Aarya”, led by Sushmita Sen, could not register a win at the 2021 International Emmy Awards but the comedian said it was “an honour” to represent the country at the awards ceremony.

Siddiqui, who was nominated in the best performance by an actor category for his Netflix movie “Serious Men”, lost out to Scottish actor David Tennant.

While Das’ Netflix comedy special “Vir Das: For India” lost out to “Call My Agent” Season 4 from France in the comedy category.

The comedian, who has been in news back home for his “I Come From Two Indias” monologue, said he loved the French drama.

“I was nominated for best comedy at the International Emmy Awards, for jokes. Call My Agent, a gigantic beautiful show I love won. But I got this medal, and ate this fantastic salad with a very interesting crispy cheese topping. It was an honour to represent my country. Thanks so much to the @iemmys For India. It’s always for India. #VirDasForIndia,” he wrote on Instagram.

Das has received praise as well as police complaints for his monologue in Washington recently.

Sen’s “Aarya”, a Disney+ Hotstar series directed by Ram Madhvani, was nominated in the best drama series category alongside Chile’s “El Presidente”, Israel’s “Tehran” and the second season of “There She Goes” from the UK.

Madhvani on Monday had hoped to bring the trophy home.

“Here we are after taking a 16-hour flight, we are hoping when we go back, we will win but even if we don’t it is a big, big thing to be nominated,” he said on Monday.

Both Das and Siddiqui attended the ceremony in New York along with Madhvani. Sen, who recently underwent a surgery, gave the awards night a miss.

This year’s best performance by an actress trophy went to Hayley Squires for series “Adult Material”, while Thailand’s “Hope Frozen: A Quest To Live Twice” won the documentary award.

21st Annual Latin GRAMMY Awards were given the non-English language US primetime program and UK’s “The Masked Singer” was awarded in the non-scripted entertainment category.

New Zealand’s “INSiDE” became the best short-form series, while best telenovela was given to China’s “The Song Of Glory”.

The nominations for the year 2021 were announced in September. The ceremony was organised adhering to Covid-19 safety guidelines. —PTI