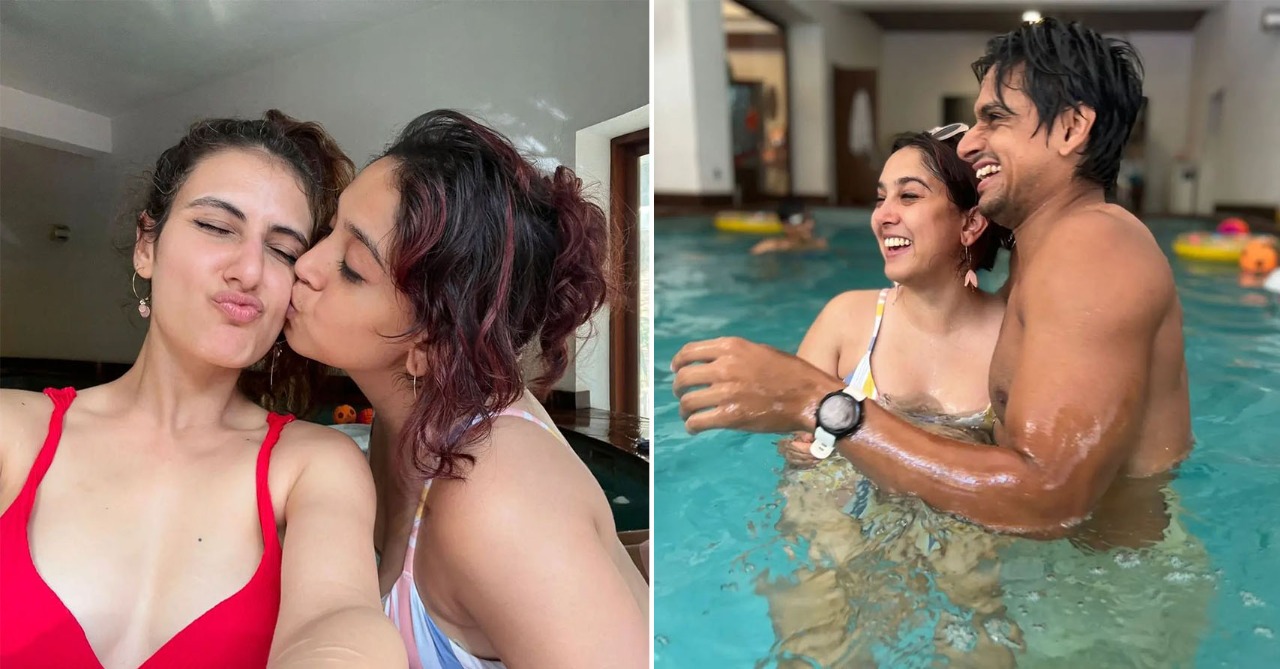 Aamir Khan’s daughter Ira Khan turned 25 last week. On Saturday, the star kid shared new photos from her birthday celebration. This photo dump comes with a special message for trolls and haters. That’s because when she first shared some pictures from her 25th birthday celebration, she was massively trolled for wearing a bikini in the presence of her father Aamir Khan.

A happy Ira had shared some pictures with parents Aamir Khan and Reena Dutta, stepmom Kiran Rao, half-brother Azad Rao Khan, boyfriend Nupur Shikhare and other friends. Those picture didn’t go down with the netizens and they criticised Ira wearing bikini around her father.

These are the pictures that were criticised:

Now, Ira Khan takes a dig at all the trolls and shares a new series of photos. In this new set of birthday pictures, we get to see Fatima Sana Shaikh among the guests. Fatima and Aamir have often been linked.

Along with the pictures, Ira Khan wrote, "If everyone is done hating and trolling my last birthday photo dump... here are some more!"

Check out the new photos:

When last week, Ira received flak for her photos, her friend, singer Sona Mohapatra slammed the haters. In a long note on Instagram, she asked the trolls to ‘BUZZ off’. She wrote, “All the people outraging about Ira Khan’s choice of attire or linking it to what Aamir Khan said, did or didn’t in the past please note; she is 25. A free, thinking, adult woman. Is exercising her choices. Doesn’t need her dad’s approval or yours. BUZZ off." She also used the hashtags ‘patriarchy’ and ‘India.’

Ira, who made her directorial debut as a theatre director with the play, Euripides' Medea, featuring Hazel Keech in the lead, has been vocal about her mental health and often shares posts on mental health issues.