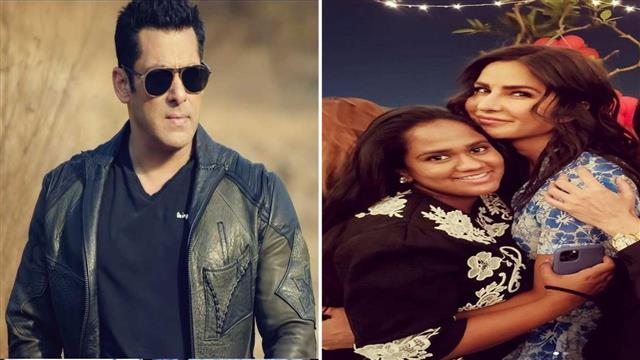 While rumours are rife that Katrina Kaif and Vicky Kaushal are getting married on December 9, there was buzz that Salman Khan will be attending the wedding from Katrina’s side and will also perform rituals done by girl’s family. With no official statement from Vicky or Katrina about their wedding so far, there’s a new update on the topic every day.

Earlier, there were reports that the two are opting for destination wedding and the place finalised is Six Senses Fort Barwara in Rajasthan. Their guest list will be limited to 200 people.

Now, coming back to a formal invite being sent out to Katrina Kaif’s close frend Salman Khan and his sisters Arpita Khan and Alvira Khan Agnihotri, it’s come to light that there are no basis to these rumours. Arpita Khan told India Today, “We haven’t got any invite for the wedding.”

A source close to the family also revealed, “No invites have been sent to the family. Neither Alvira nor Arpita had received any wedding invite from Katrina. The stories that they are attending the wedding are false.”

To the surprise of all Vicky-Katrina fans, Vicky was spotted outside Katrina’s house and paparazzi didn’t miss the chance to capture it. There are pictures of Vicky wearing a sweatshirt with blue jeans. He was seen leaving from Katrina’s house in his car. He wore a mask and black sunglasses.

Speculations about Katrina Kaif and Vicky Kaushal’s wedding started doing rounds when the two were seen together at celebrity manager Reshma Shetty’s office on Diwali. Their roka ceremony, as reports suggest, was held at director Kabi Khan’s house on Diwali which had just the close family members of the couple.  Katrina had her mother Suzanne Turquoette and sister Isabelle Kaif, whereas from Vicky’s side, it was his parents Sham Kaushal and Veena Kaushal, and brother Sunny Kaushal at the ceremony.