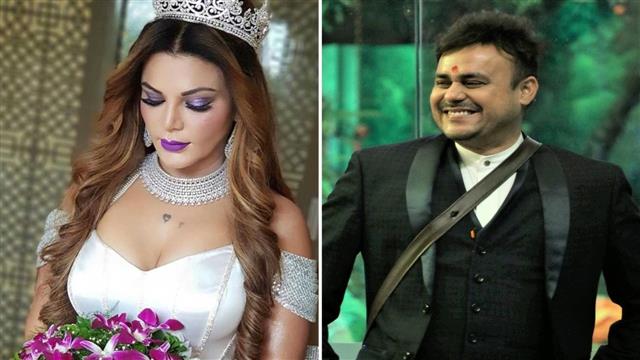 Speculations are rife that Rakhi Sawant’s so-called husband Ritesh is actually a cameraman, who works on the sets of ‘Bigg Boss’.

Fans were quick to react to a tweet that stated so after it was posted on the micro-blogging site.

As it is, Salman Khan's 'Bigg Boss 15' has become interesting with the entry of wildcard contestants- Rashami Desai, Devoleena Bhattacharjee, Rakhi Sawant and Abhijit Bichukale.

The reality show introduced the wildcards to spice up the ratings.

Sawant got emotional while speaking about Ritesh in ‘Bigg Boss 14’.

Ritesh, while interacting with Salman Khan, said that he worked in Belgium and claimed that he chose to keep his relationship with Rakhi secret due to professional reasons.

Salman had teased Rakhi asking her if she has hired Ritesh to become her husband on the show.

Since then, social media is buzzing with the rumours that they are not a real-life couple.