Meezan is all set to watch Pathaan in theatre tomorrow 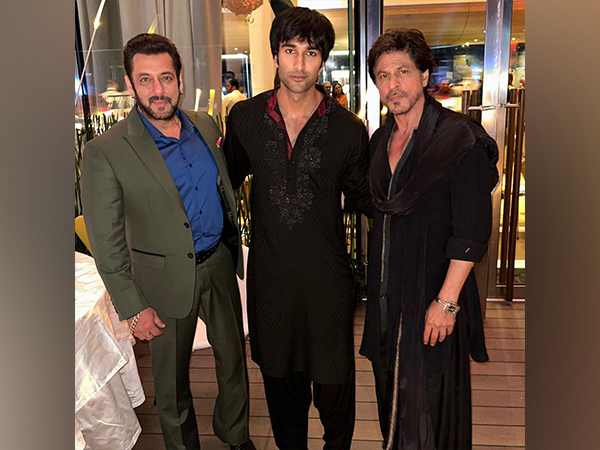 Taking to Instagram on Wednesday Meezan posted a picture where he is flanked by two Khans -- Shahrukh Khan and Salman Khan. Arousing the curiosity of his fans and followers, the young actor captioned the image as, "PATHAAN in theatre's tomorrow", with a fire emoticon.

Soon fans flooded the comment section of Meezaan's post with posts such as, "Whaaat now that's an awesome pic!"

On the work front, Meezaan made his debut with Sanjay Leela Bhansali's 'Malaal', which tanked at the box office.

The actor was last seen in the comedy-drama 'Hungama 2', which released on the OTT platform Disney plus Hotstar.

Shah Rukh Khan and Deepika Padukone-starrer 'Pathaan' has already created much hype before its release. The teaser of Salman Khan's upcoming Eid release 'Kisi ka Bhai Kisi ka Jaan's will be shown along with the screening of 'Pathaan' January 25.