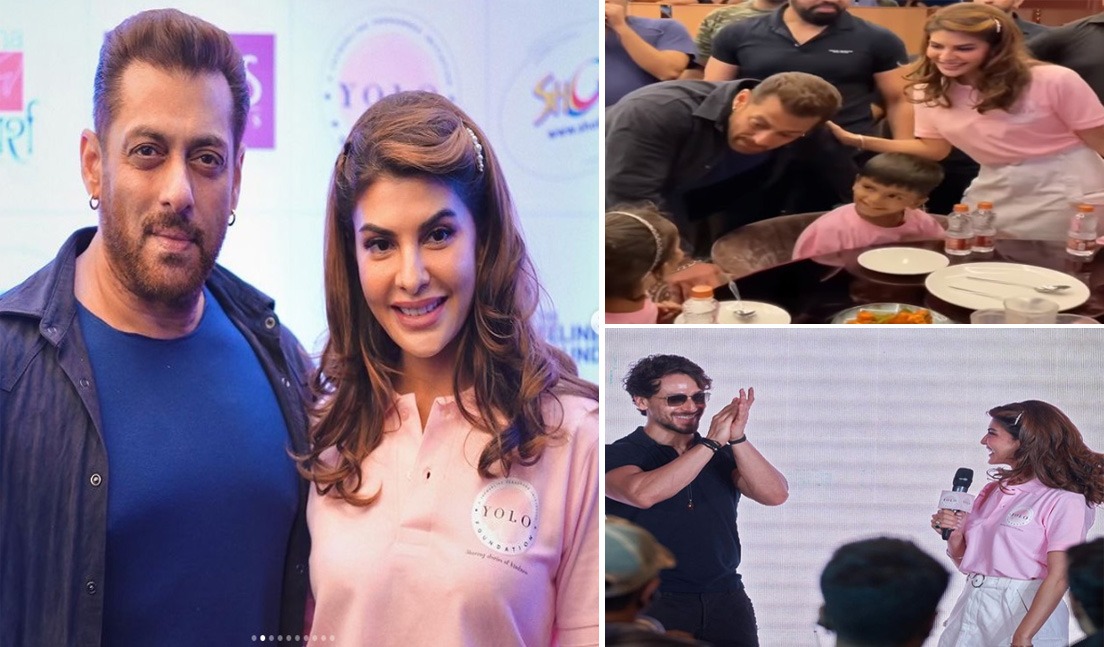 Bollywood actress Jacqueline Fernandez has been making headlines for her alleged relationship with conman Sukesh Chandrasekhar. But the controversy didn’t affect her when it came to celebrating the first anniversary of her initiative Yolo Foundation. Jacqueline marked the occasion with Salman Khan and Tiger Shroff.

Jacqueline launched You Only Live Once (YOLO) Foundation last year to support and provide relief to the underprivileged.

There are videos on social media showing Salman Khan interacting with kids. Tiger Shroff was also seen on the stage with Jacqueline.

In fact, the actress too shared a set of photos and videos from the celebrations. She organised different activities and performances to mark the first year of her initiative.

On Sunday, she shared photos and videos on her Instagram and wrote, “A day to remember. Thank you everyone who was a part of this.”

Check out these pictures of kids enjoying a meal:

It was on Saturday that the Enforcement Directorate (ED) attached assets worth Rs 7 crore of Jacqueline Fernandez under the anti-money laundering law in connection with its criminal probe against alleged conman Sukesh Chandrashekhar and others.

The actress told the ED, in her statement recorded in August and October last year, that she "received" gifts like three designer bags from Gucci, Chanel, two Gucci outfits for gym wear, a pair of Louis Vuitton shoes, two pairs of diamond earrings and a bracelet of multi-coloured stones and two Hermes bracelets from Chandrashekhar.

She told the federal anti-money laundering agency that she returned a Mini Cooper car which she had similarly received.

Work wise, the actress will be seen in Vikrant Rona with Kichcha Sudeepa. She also has Rohit Shetty’s Cirkus and Ram Setu opposite Akshay Kumar.