Jodie Foster's mother didn't want her to go to college : The Tribune India

Jodie Foster's mother didn't want her to go to college 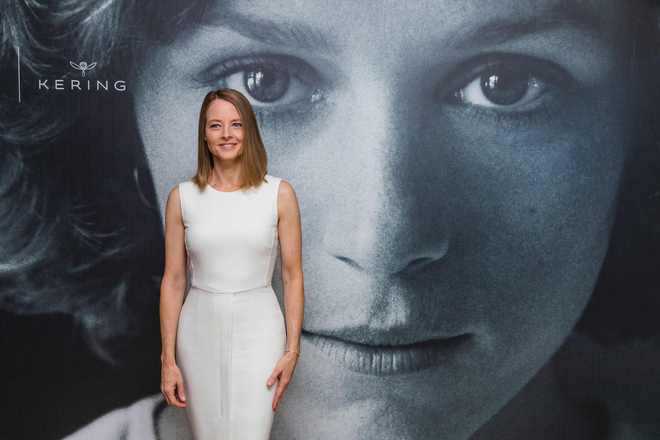 Foster started her career in the 1960s when she was just three with appearances in ads and TV shows. Next decade she established as a major young talent with her acclaimed performances in Martin Scorsese's 'Taxi Driver' and the hit children's musical 'Bugsy Malone'.

In 1980, she took a break from Hollywood to study African-American literature at Yale University, something which her mother Evelyn tried to dissuade her from as she thought it would ruin her acting career, reports femalefirst.co.uk.

Foster's mother also didn't want her to step behind the cameras and become a director.

Talking about some of the biggest risks she's taken in her career, Foster shared: "Well, there are a number of them. The first one was to go to university instead of staying in the cinema.

"I studied at Yale for five years. Everyone was telling me, 'Your career will be finished!' But my education was so useful for what I did later. I learnt how to read deeply at university and this helped in my work as an actress.

"And then I became a director just after the Oscar and the same person, (whispers) my mother, told me that it was a very bad idea to be a director since I was at the height of my acting career and it was the moment when I could make the most money." Foster said she is happy that she did not take her mother's advice.

"So it was a very bad choice, according to her. I did not listen and am very happy."

Foster has won two Best Actress Academy Awards; the first for her performance as a rape survivor in powerful 1988 drama 'The Accused' and the second for playing serial killer chasing FBI trainee Clarice Starling in 1991 horror film 'The Silence of the Lambs'.

Foster feels that her journey to those accolades started when she played an underage prostitute in 'Taxi Driver' opposite Robert De Niro.

"It's a difficult path. I have this sort of faith in things and when the waves are difficult, it gives me depth. That's the way I view it as a writer, an actor, a director and a producer. For me, 'Taxi Driver' is a film which was a kind of transformation in the cinema," she told OK! magazine.

Foster added: "It was the golden age of American films, it was an arthouse film and I was very proud to be in it. It was destiny, it was fate and I was very lucky.

"I'd already made a film with (Martin) Scorsese and that's why he knew me. People thought I was too young to play the part of a prostitute and people - lawyers that is - in the government of California, wanted to make sure I was psychologically ready. I had to do some tests." IANS