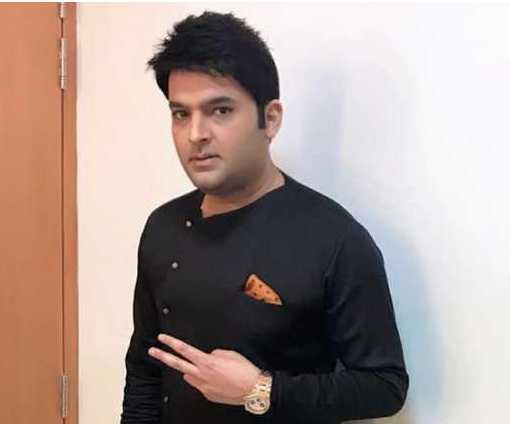 Tv host Kapil Sharma is back to work.

The actor-comedian revealed that he reluctantly resumed shooting because of the COVID-19 pandemic, but his wife Ginni Chatrath 'convinced' him and the much-needed boost to start working again.

Kapil has been shooting for 'The Kapil Sharma Show' for the last couple of days now. He also confirmed that Sonu Sood was the first celebrity guest on his show.

In an interview, Kapil told Pinkvilla that 'Ginni pushed him to resume shooting'.

"Ginni was the one to push me to resume shoot. Usi ne toh bheja ki kaam dhandha karo sar kha gaye mera 4 mahine se (She was the one to send me to work, joking that I annoyed her in the last four months). Honestly, I was confused if I should resume work but she is the one who pushed me towards it. I agreed reluctantly knowing she is trusting me. Aur aaj nahi toh kal karna hi hai... aur agar kal bhi aise hi karna hai toh aaj kyun nahi (We had to start working someday and we may still have to take all precautions so why not begin right away?),” he said.

The episode has already been shot. He also plans to bring COVID-19 warriors as guests on the show.

“I have also received so many messages from fans telling us how much they missed the show. I am happy that we have resumed shoot. The arrangements on the set are really good; there is a sanitising tunnel in place. The credit goes to the producers. Only my [spot] boy would be allowed to be with me in my vanity, along with one writer and director. We rehearsed on stage only as it is an open space so the chances of maintaining social distancing were better there. Later, we performed in front of Archana Puran Singh ji. There was no audience, only 4-5 people from the crew were present. That was new. We obviously missed having the live audience but it was still fun,” he told the entertainment website.

Meanwhile, Kapil recently gave his fans a peek into his make-up room, as he geared up for the shoot. “Vishwas ki ek dor ke saath, bandhe hain hum ek dusre ke saath. Warna mujhe to ye pata bhi nahi hota ki ye admi mere hi hai ya nahi. (We are all bound with a thread of trust, otherwise, I wouldn’t even know if these people are a part of my staff) #shooting #shootlife #newnormal #2020 #tkss #thekapilsharmashow #comedy #fun #laughter.”