Kareena Kapoor's star kid Taimur who made headlines for his cuteness earlier, now trolled for pointing 'toy gun' at paps 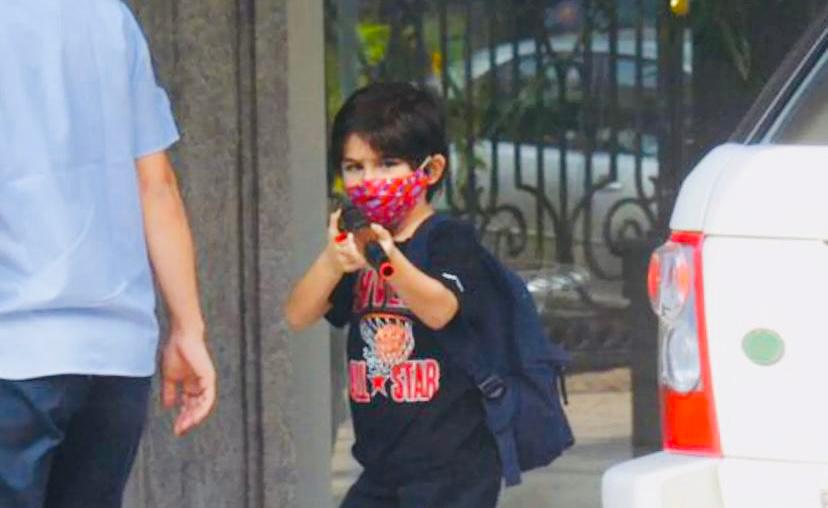 Actress Kareena Kapoor’s son Taimur Ali Khan has always make headlines for her cuteness and innocence. However, the star kid is in news for the wrong reason.

A latest video of him pointing a gun at the paps has not gone down well with the netizens and they have disapproved of the action.

Taimur was spotted by paps with a toy gun and a school bag. A photo of him pointing the gun at the paps has been shared by celebrity photographer Viral Bhayani on Instagram.

As soon as the picture got uploaded, netizens criticised him. Taimur is five years old and recently celebrated his birthday. He has a younger brother by the name Jeh.

Recently, Taimur’s another video also went viral on social media wherein the little munchkin was seen falling prey to the Turkish ice cream prank. In the video, Taimur, who was dressed in a grey t-shirt, looked cute as he was seen trying to catch the ice cream cone and the video has been grabbing a lot of attention.