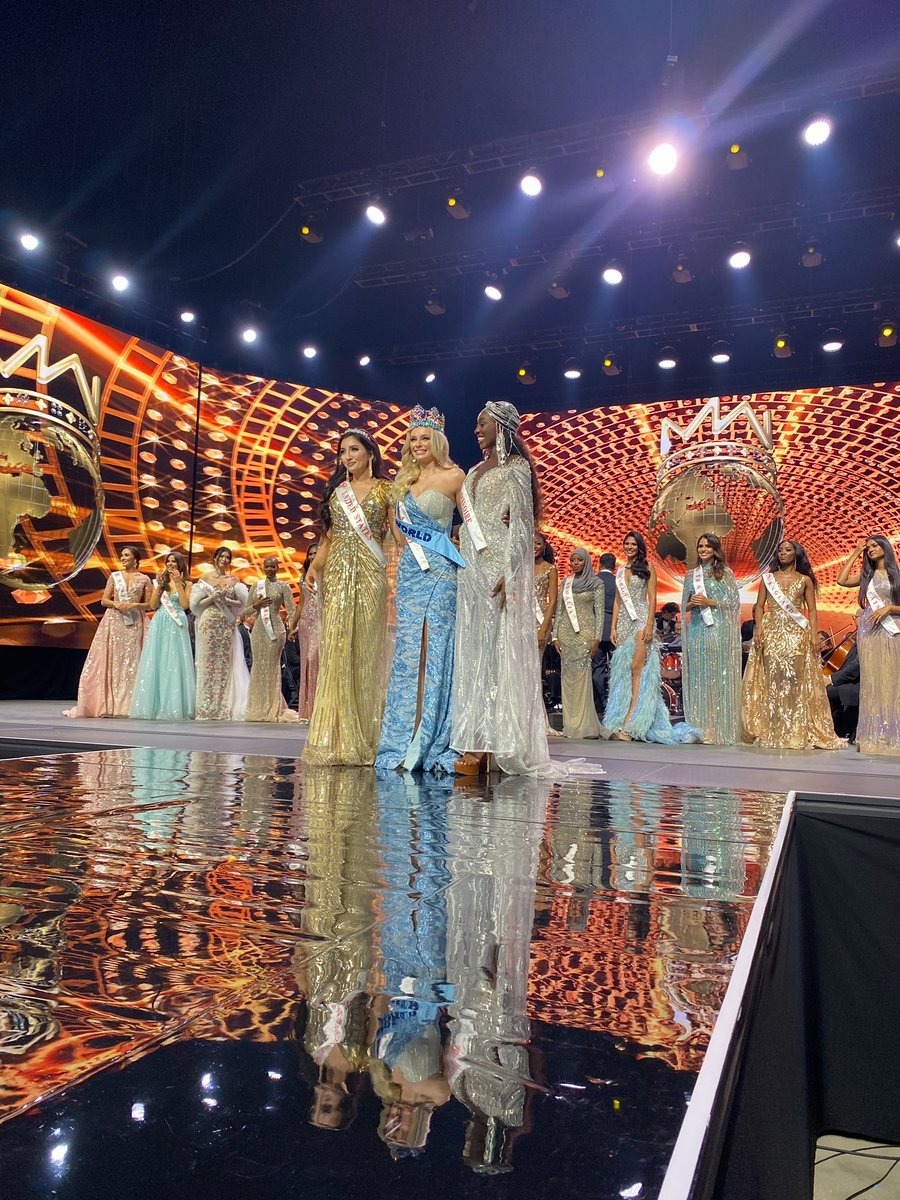 According to the official Miss World website, Bielawska was crowned by her predecessor Toni-Ann Singh of Jamaica, who won the pageant in 2020. Photo credit: Twitter/@MissWorldLtd

Poland’s Karolina Bielawska has been crowned Miss Universe for the year 2021, besting contestants from 96 other countries, including Miss India Manasa Varanasi, who stood 11th at the international beauty pageant after making it to Top 13.

The 70th edition of the event was held on Wednesday night at the Coca-Cola Music Hall in San Juan, Puerto Rico.

According to the official Miss World website, Bielawska was crowned by her predecessor Toni-Ann Singh of Jamaica, who won the pageant in 2020.

“When I heard my name I was shocked, I still can’t believe it. I am honoured to wear the Miss World crown and can’t wait to get to work. I will remember this amazing chapter in Puerto Rico for the rest of my life,” Bielawska said after being crowned Miss World 2021.

This is the second Miss World title for Poland. Aneta Kreglicka won the coveted pageant back in 1989 for the country.

The official Instagram account of Femina Miss India expressed gratitude towards Varanasi, an engineer from Telangana, for representing the country.

“You may have not won the crown but you have won millions of hearts, @manasa5varanasi.

“You’ve made us immensely proud with your beautiful representation of our nation and we cannot wait to welcome you back home,” the post shared on Thursday read.

The Miss World pageant was originally scheduled to be held on December 16, 2021, at the José Miguel Agrelot Coliseum, but was rescheduled after Varanasi and 16 others had tested COVID-19 positive.

The show was broadcast globally to over 100 countries.