She was once on steroids for psoriasis arthiritis 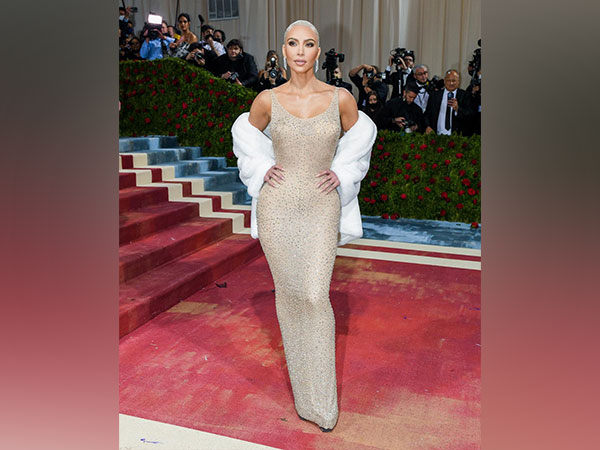 Taking to Instagram, Kim shared a glimpse of her treatment session.

She posted a photo of her red abdomen after applying the Morpheous laser treatment to her stomach.

"This is a game changer. I think this is my fave laser but it's painful lol but worth it," she captioned the post.

In June, the reality star spoke with PEOPLE about her skincare line SKKN BY KIM, as she reflected on her life so far.

"There is nothing I would trade to go back to who I once was," Kim shared. "The wisdom that I have now, I don't care how young I looked. I am so much happier in my skin now." Recently, Kim also made headlines after she revealed that she lost 26 pounds in order to fit into Marilyn Monroe's iconic "Happy Birthday" dress for the 2022 Met Gala.

The 'Keeping Up With The Kardashians' star admitted that she had to make an appointment with "a rheumatologist" for her "psoriasis", adding that she was on "steroids".

"Psoriasis broke out over my body and I got psoriatic arthritis, so I couldn't really move my hands. I had to go to a rheumatologist who put me on a steroid. I was freaking out. I cut out the meat again, and it's calmed down," said Kim. Talking about her Met Gala prep-up, the Kardashian disclosed that she was on a strict diet without any carbs and sugar for three weeks so that the Marilyn Monroe dress fitted her perfectly.

"I tried it on and it didn't fit me. I said, 'Give me three weeks.' I had to lose 16 pounds today. It was such a challenge. It was like a movie role. I was determined to fit into it. I haven't had carbs or sugar in about three weeks," said Kim to a fashion magazine. However, upon receiving quite a backlash after undergoing such a strict regimen, the Kardashian clarified that she was not "starving" herself and had a "nutritionist", reported People magazine. She even admitted to drinking "more water" as well."If I was starving and doing it really unhealthy, I would say that, of course, that's not a good message. But I had a nutritionist, I had a trainer. I have never drunk more water in my life. I don't see the criticism for other people when they lost weight for roles -- they are considered geniuses for their craft," said Kim. (ANI)