'Diana now has a historical perspective. I am really conscious of that.' 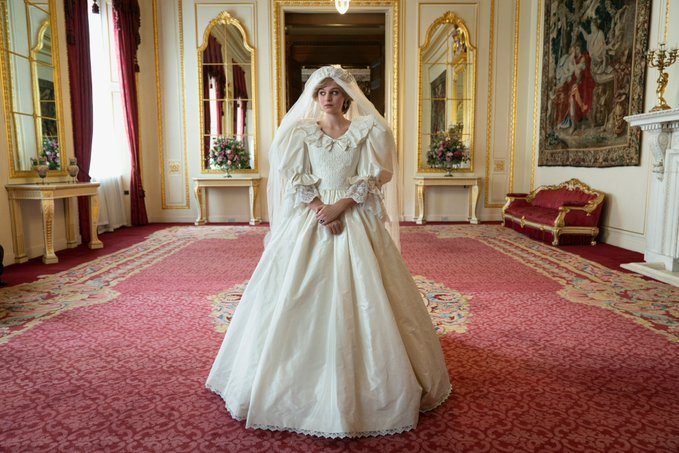 Writer Peter Morgan says he was very careful while writing for the role of Lady Diana Spencer in the popular show, The Crown. Image: TWITTER/@TheCrownNetflix

Writer Peter Morgan says he was very careful while writing for the role of Lady Diana Spencer in the popular show, The Crown.

"Diana now has a historical perspective. I am really conscious of that. I really don't want to get too close so that what I do is journalistic. I really want to make sure that there is enough distance so that if you tell the story of Diana it can almost be something else. It can have metaphorical resonance," Morgan said.

Lady Diana will appear in the upcoming season of the show. The official trailer for season four of "The Crown" was released on Thursday, featuring the distinctive voice of Margaret Thatcher, played by Gillian Anderson, and the tone of Lady Diana Spencer, played by Emma Corrin.

The fourth season picks up in the late 1970s. Queen Elizabeth (Olivia Colman) and her family find themselves preoccupied with safeguarding the line of succession by securing an appropriate bride for Prince Charles (Josh O'Connor). That's where Lady Diana comes into the picture.

Talking about the portrayal of the two most powerful women in the country of that time, Morgan explained: "It could be said that they are two very similar women, born only months apart. They are very much defined by the Second World War, by a sense of frugality, hard work, commitment, Christianity and so much more. It was a commonly held piece of wisdom that the Queen and Thatcher didn't get on. I think there was probably a lot of respect." "But they also had many differences, it was really fun exploring their differences and their similarities. I also get a chance to explore them both as mothers. Writing Thatcher and the Queen as mothers was probably an angle that no one has explored before. But it yielded one of my favourite episodes in the season," he added.

The fourth season will release on Netflix on November 15.