Let’s give that child a breather: Actor Suniel Shetty on Aryan Khan’s arrest

'Whenever someone connected to the film industry is involved in a case like this, there is scrutiny and assumptions are made' 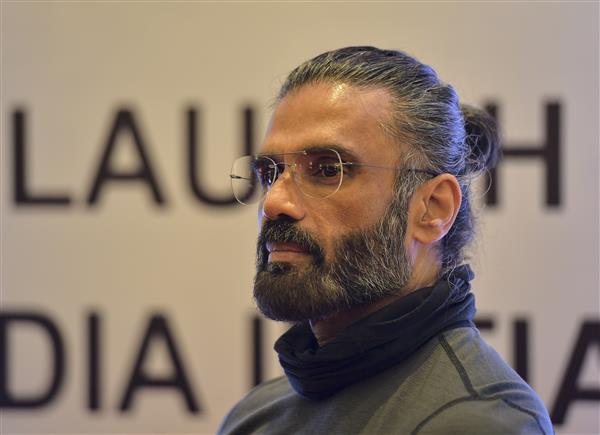 Bollywood actor Suniel Shetty on Sunday appealed to the media to give a “breather” to fellow actor Shah Rukh Khan’s son, Aryan, who was arrested by the Narcotics Control Bureau after it busted an illegal rave party on a cruise ship off the Mumbai coast.

Speaking at an event here, Shetty said whenever someone connected to the film industry is involved in a case like this, there is scrutiny and assumptions are made.

“When a place is raided, a lot of people are detained. We assume that the kids must have consumed or done something. All I want to say is that the process is on, let’s give that child a breather,” he said.

“Whenever there is something related to Bollywood, the entire media starts reacting on every angle and assumes that everyone is like that. I think the child should be given an opportunity and let the real reports come out. Till then, he is a child and I think he is our responsibility,” he added.

Aryan Khan was among eight people who were detained by the NCB after it raided the cruise ship, which was headed to Goa, on Saturday evening.

Later, he was arrested by the agency in connection with the seizure of banned drugs from the ship. He was sent to NCB custody till Monday by a special court in Mumbai.

Aryan Khan has been booked under sections 27 (punishment for consumption of any narcotic drug or psychotropic substance), 8C (produce, manufacture, possess, sell or purchase of drugs) and other relevant provisions of the Narcotics Drugs and Psychotropic Substances (NDPS) Act.

His advocate Satish Maneshinde said he would file a bail application on Monday. PTI