This is the third track from the upcoming film 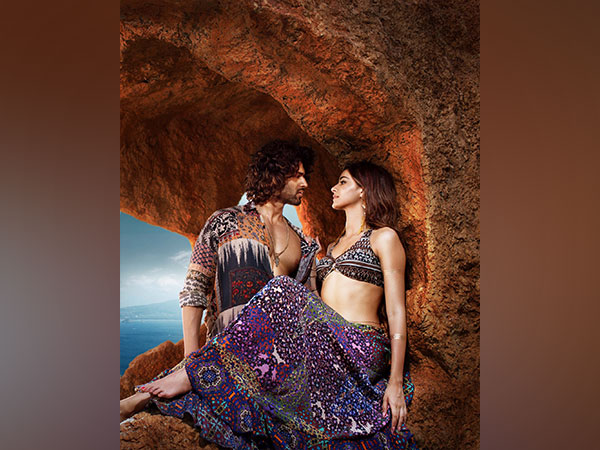 Vijay Deverakonda and Ananya Panday in a still from Aafat track. ANI

'Liger' co-stars Vijay Deverakonda and Ananya Panday have undoubtedly taken their hotness quotient to next level with the new track 'Aafat' from one of the most-anticipated film.

The video for the third song from Liger was released on Saturday and it's nothing less than a feast for the eyes.  Throughout the song, the two stars are trying their best to bring out some steamy chemistry on-screen by grooving to the lyrics — especially to the lines 'Jawani teri, aa.. Aafat'.

Sharing the track's music video, Ananya took to Instagram and wrote, "The vibeeeyist song! Have you watched it yet??? #AAFAT#Liger #Liger25thAugust."

Vijay also dropped the video on his Instagram handle.

"Vibe to the most electric song of the year #AAFAT," he captioned the post.

Speaking about 'Liger', it is helmed by Puri Jagannadh. The film, which is a sports action film, is slated to release on August 25 this year, in Hindi, Tamil, Telugu, Kannada, and Malayalam.

After multiple delays due to COVID-19, the makers are currently promoting the film in full swing. Dharma Productions recently unveiled the trailer and two songs from the film which gathered positive feedback from the audience. The film marks Vijay's debut in Hindi cinema and Ananya's first multi-lingual film.

Apart from 'Liger', Ananya will be also seen in 'Kho Gaye Hum Kahan' along with Siddhant Chaturvedi and Gourav Adarsh. Vijay, on the other hand, will be also seen in a multi-lingual film 'Khushi' alongside Samantha Ruth Prabhu, which is slated to release on December 23, 2022.